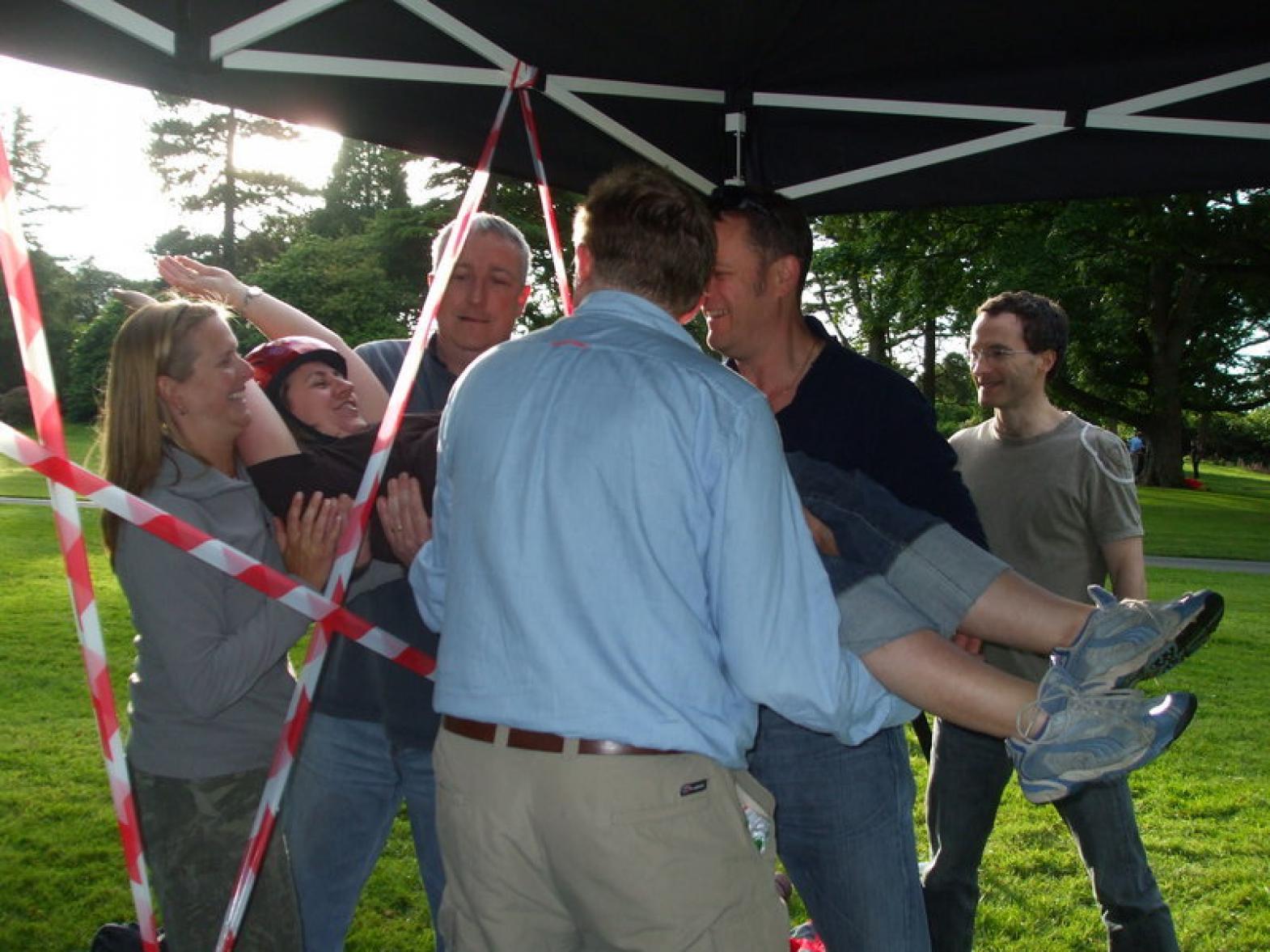 Our Clients arrived to a wonderful drinks reception, before being welcomed through into the Ogston Suite for a night of unique, exciting (and some times scary...) Indoor Entertainment. Our guests made their way through the Jungle Pathway before taking their seats in preparation for a night of Bush Tucker Trials that lay ahead. Following a quick introduction, presentation and video of some of what Team Challenge Company can offer both inside and on the wonderful grounds of Mercure Ardoe House Hotel, we sat down to a sensational Jungle Style buffet dinner. There was everything from Crocodile to Shark, from Tiger Prawns to the amazing Passion Fruit Pavlova for dessert.As dinner came to a close, the Indoor Entertainment hit top gear, and the Bush Tucker Trials were soon under way. Teams played for golden coins, all of which would go towards taking home the much-coveted Team Challenge Company Winner's Trophy. There were some fantastic highlights throughout the night of Team Building entertainment, everything from Gillian's face when she chewed down on the Wasabi Paste, through to Magnus and his ability to pretty much eat anything...! Linda proved that nothing could scare here, whereas Tom proved that pretty much everything scared him...good work on keeping those Ferrero Roche down Tom!

More fabulous Indoor Entertainment highlights followed, it was a struggle to make sure Mike kept his clothes on for the Bush Tucker Trails, and many of us had hoped that Stuart had brought a change of clothes with him...we were sadly disappointed!!! As the final Team Building Bush Tucker Trials approached, the tension in the room was huge, any team could have walk away a winner...except the Team ChallengEY's, of course.  Nikki told us she refused to do any of the touching challenges (even though we all knew she really did, but was just a little too frightened!!!) and so it was left to Elaine for the Wot Nots to step up along with the very braveNicola, Lisa, Susan and Mike to take on the final challenge...and what a challenge it was...! With Golden Coins grabbed from the clutches of our Rats in record quick time, there was nothing more to do than total up the final scores. DespiteTeam Rowan having the largest team (and probably the World's Strongest Man in Magnus!) they couldn't do enough to avoid last place, and took home the Wooden Spoon. More team photos followed until there remained only one, our sensational I'm a Celebrity Get Me Out of Here Winner's, Team Jordan's Bobbles...!!! A fabulous night of interactive Team Building entertainment was thoroughly enjoyed by all, and it was a pleasure to have been able to welcome so many of our most valued clients along to the evening. We would like to give a big shout-out to John and his team at Mercure Ardoe House Hotel for their part in making the evening so special, and we look forward to seeing you all again soon.