In 1965, Dr Bruce Tuckman developed a four-stage model that focuses on team development in terms of ability, maturity and the relationships formed within the unit. This model, named Dr Bruce Tuckman’s Team Development Model, is designed to present a simple explanation for how a group develops and is commonly used as a means to help each person achieve their potential during team sessions.

The four stages of Dr Tuckman’s model are:

A fifth stage was introduced by Dr Tuckman around 1975 which he called adjourning. This fifth and final stage is a little removed from the original four as it focuses more on the aftermath of the development, looking at the break-up of the team and any changes to the members' relationships and well-being.

Primarily, it is the original four stages that are used when it comes to team development and tracking the evolution of changing leadership styles. 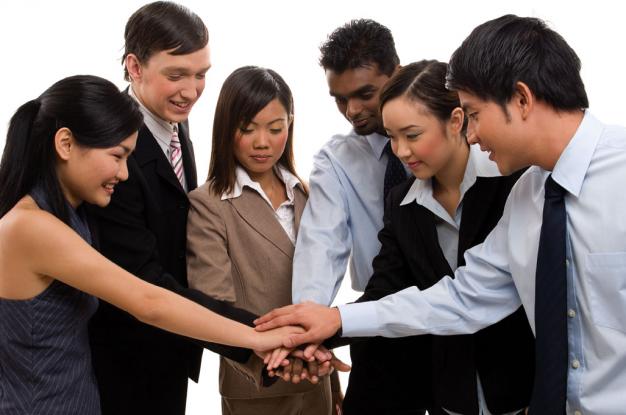 The initial Forming stage of Tuckman’s theory of team development is when the team is first brought together and/or a new leader or system has been implemented. This stage requires the leader to be very hands-on with their approach, often answering a multitude of questions from the team either because they have a lack of understanding about processes or they are resistant to it, thus testing the tolerance of the leader and system.

Often, at this stage, the individual roles and responsibilities of each team member are unclear and there is little agreement on the overall goals of the team, other than those expressed by the leader. The Forming stage requires a strong leader that can display patience as the team gels together and/or gets used to a new system, as well as being able to clearly communicate what is expected and build those relationships.

Teams in the Forming stage require a lot of direction but, as they develop and progress through the four stages, the leader’s time and patience will be rewarded in the end. They can evolve their leadership style to suit the needs of the team depending on the stage of development they are at.

Slowly, relationships and cliques begin to form within the team but there remains a lot of uncertainty over individual roles. Some members may start attempting to establish themselves over other members in the team, as well as challenging the leader’s authority and status. As these relationships and challenges form, the team must not become distracted from its purpose and ultimate goal.

The leader’s role evolves slightly from the Forming stage. Instead of actively directing and almost spoon-feeding the members of the team, they are now assuming a coaching role and allowing their team, who have now formed a basic understanding of responsibilities, to learn and develop. During the Storming stage, compromises will have to be made as the group’s development continues.

Once the team reaches the Norming stage, this means that there is a general acceptance of their role and responsibilities. Relationships are becoming stronger as, too, is the trust and respect in the leader and their way of managing the team and project. The team responds well to direction from the leader, who begins to delegate responsibility amongst more senior and trusted members of the team. These staff members may now be responsible for making small decisions, while big decisions are made by the agreement of the group.

As the team becomes familiar with its system and working style, constructive discussions begin to occur as to how processes can be refined and perfected to increase productivity. It is up to the leader to enable the team to take responsibility and ownership of their duties to allow them to evolve and, ultimately, bring more to the table. If a leader is unwilling to listen to their team or allow them to contribute to the system and processes that are in place, not displaying any trust in the members of the team, there is a risk of the group stalling at this third phase.

This final stage of development is when the team, as the name suggests, is performing at or close to its potential. Relationships are strong between members of the team who are more strategically aware and look after each other. Disagreements can and do happen amongst the team but these are handled internally and necessary changes are made to suit, whether these are in relation to structure and/or processes.

As members of the team are now standing on their own two feet with a shared vision and desire to deliver, the team now has autonomy and requires very little direction or interference by the leader, who now delegates and oversees activity. The leader will establish criteria and expectations for what should be met, but their actual hands-on participation is primarily limited to when team members seek out assistance.

The Adjourning stage stands alone as an expansion to the original four stages of Tuckman’s stages of team development in 1965. Here, the group is evaluated beyond the primary purpose of the Forming, Storming, Norming and Performing, looking at individual vulnerabilities in people such as insecurities resulting from the change.

In terms of the development of a team and management style, the Adjourning stage is not highly relevant which is why it is rarely included as part of the stages of team development.

For more information on Dr Bruce Tuckman’s team development model, as well as how this is implemented as part of the team building events hosted by Team Challenge Company and how it can help your business, please get in touch with us today.