Scotland is a stunning country to visit, filled with a variety of interesting food, stunning landscapes, fantastic opportunity for outdoor sports and so much more to those who travel there. Very few of those who travel to Scotland for the first time will be aware of what most of the country offers as far as attractions and activities go. The outdoor grounds are ideal for country sports and our outdoor Team Building activities.

When Scottish tennis superstar Andy Murray acquired Cromlix, close to his hometown of Dunblane, it signalled not only a return to his roots but the chance to reinvent the glorious era of grand country house living.

Following extensive refurbishment, the US Open, Olympic and Wimbledon champion has transformed the elegant Victorian Perthshire mansion into a luxury 15-bedroom and Gate Lodge, five-star destination.The hotel, which opened in Spring 2014, offers guests the chance to experience the sort of decadent lifestyle once enjoyed by the Lairds of Cromlix, redefined for the 21st century by sumptuous surroundings and impeccable yet discreet service. 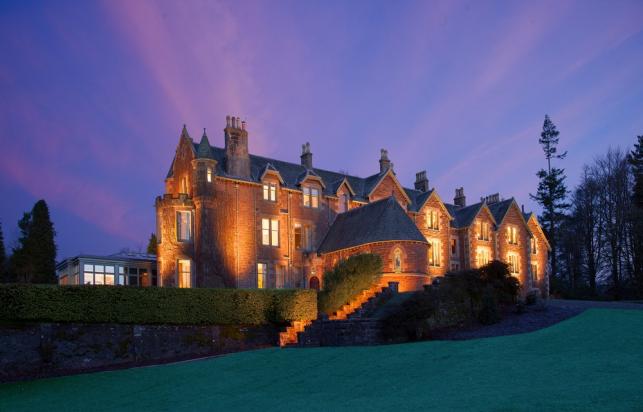 The Cromlix is the ideal setting for your team events.

Elegantly re-designed to showcase much of the house’s original heritage, Cromlix has been furnished with specially-sourced Scottish antique furniture. This is a truly spectacular setting for any Team Building or Evening Entertainment event.