The fantastic Hamilton Park Racecourse played host to another wonderful Summer BBQ Fun Day for our guests at CCG Construction, with this year’s activities and entertainment bigger and better than ever before, ensuring a really memorable day for all who attended.

There was certainly a sense of eager anticipation as our guests began to arrive around midday, and they were not to be disappointed as they looked out on a sea of amazing Corporate Fun Day activities to enjoy – it was clear from the start that this was to be an exciting and fun-filled afternoon for all. 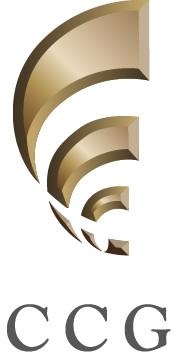 From our Giant Candy Slide to the Human Demolition inflatables, and from our Circus Workshop Arena through to our ever-popular 4-bed Bungee Trampolines, there really was something for everybody and our guests wasted no time in playing on all that lay in front of them.

The Pedal Buggy Race Track proved enormously popular throughout the afternoon as children (and lots of adults!) geared up to race around our inflatable track for the chequered flag, with plenty of competitive Corporate Fun Day races right throughout the afternoon! Indoors, the Crazy-Putting green was also a big hit, especially with those budding Rory McIlroy’s who knew exactly where to line up for the perfect hole in one!

As the afternoon of summer fun rolled on, our competitions on both the Archery and Laser Clay Pigeon Shooting drew massive crowds, all vying for a shot at glory and to take home the much-coveted Team Challenge Company Winner’s Trophy.

The Archery competition was up first, with some fantastic first and second round shooting to bring us to our grand finale on the Balloon Burst! It was a tight run thing, but eventually young Mark stepped up and from nowhere struck gold to send the crowds into rapturous applause as he was hailed ‘King of the Archery’. The Laser Clay Pigeon Shooting saw a similarly tight contest, as the fastest trigger-fingers around all battled to be crowned the champ! There could be only one, as the Mighty Phil stepped up to fire a cracking shot and hit the final clay, and a CCG Construction legend was born! Well done to both our winners on the day!

As the afternoon began to come to a close, there was time for plenty more entertainment across all our activities and games. And as our guests began to depart, it was clear that all guests from CCG Construction had enjoyed a truly fantastic afternoon of summer fun. A big shout out and thank you goes to Natalie for all her hard work in organising such a brilliant event – it was a pleasure to work with you and all at Hamilton Park Racecourse, and very much look forward to seeing you all again next year for the annual CCG Construction Corporate Fun Day.

Thanks for a great family fun day on Saturday. We received excellent feedback from everybody who attended. I think we got the balance right with the activities making sure there was something for everyone. Thanks again for all your help.