NSL's training centre in Dyce, Aberdeen was the venue for a staff party celebrating 25 years of the company and its recent rebranding. Along with a BBQ and Bar there was corporate entertainment ideas such as Putting, Foosball, Air Hockey and Laser Shooting to entertain the guest as well as a Crane Building challenge to add a bit of team spirit and competition to the afternoon. There was also a chance to have a tour around the centre and to see the confined space training facilities. After enjoying a very delicious lunch there was lots of interest in the Laser Shooting. The aim was to try and shoot the white targets and a lot of the guests showed off their precision skills. The Foosball and Air Hockey didn't see quite so much skill with the occasional hockey puck making it off the table but there was still plenty of competitive spirit and fun to be had. 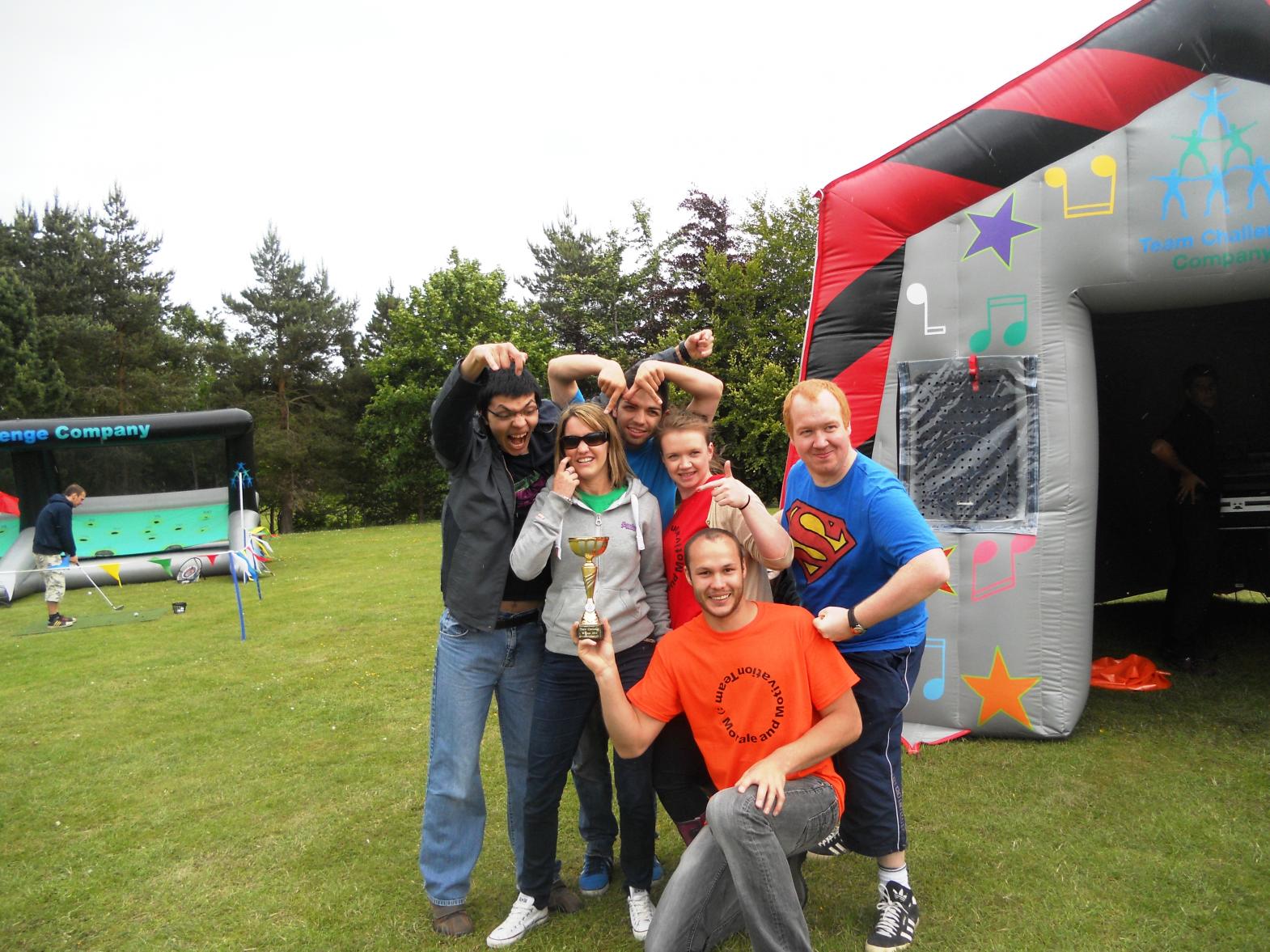 To add something different to the afternoon the guests were asked to get into teams and try some crane building. With the equipment provided they had to build a crane that could winch a NSL weight as high from the floor as they could and lock it off the be measured. The Three Musketeers Team worked away quietly at their invention making on lookers think they might be in with a chance, whilst the SuperKings seemed to be creating chaos. The SuperQueens worked away without distraction while the height of the Terminators creation was catching everyone's attention. This wasn't just for fun though the winning team would take home a Team Challenge Company Medal so when the time was up each team had to nominate someone to show us what their crane could do. Up first was the Musketeers. Despite a sturdy looking crane it the weight proved to much for it and the bend meant it didn't get off the ground. Next was the SuperQueens who didn't do any better also failing to get their weight off the ground. The Terminators looked on with confidence as their weight was winched up and it was all looking good till Duncan sabotaged their clever plan to keep the weight down and so they were awarded the 9 inches they had before. While Duncan's team didn't gain any advantage from the foul play as they had forgotten a lock off mechanism and so didn't get any height either. This meant with 9 inch the Terminators were the winning team and got the medal to take home with them.

Following this it was time for Duncan to say a few words. He talked about how the company have developed over their 25 years and into the future and thanked everyone for their work with the company before cutting the special Birthday cake bought for the day and shared with the guests. There was still a few hours of entertainment still to go and over on the Golf Putting there proved to be a few pros, they were even being inspired to get some of their own greens in the gardens. At the shooting it was time for a new game and a competition on the Duck Shooting was organised. Lesley was up there in the top spot for a long time while everyone had a go at trying to beat her but it soon began a battle between the two Marks for the top spot and in the end they agreed to both be winners. A special mention goes to Niel for organising the day. We hope everyone had a great time and we hope to see you all again in hyena future. 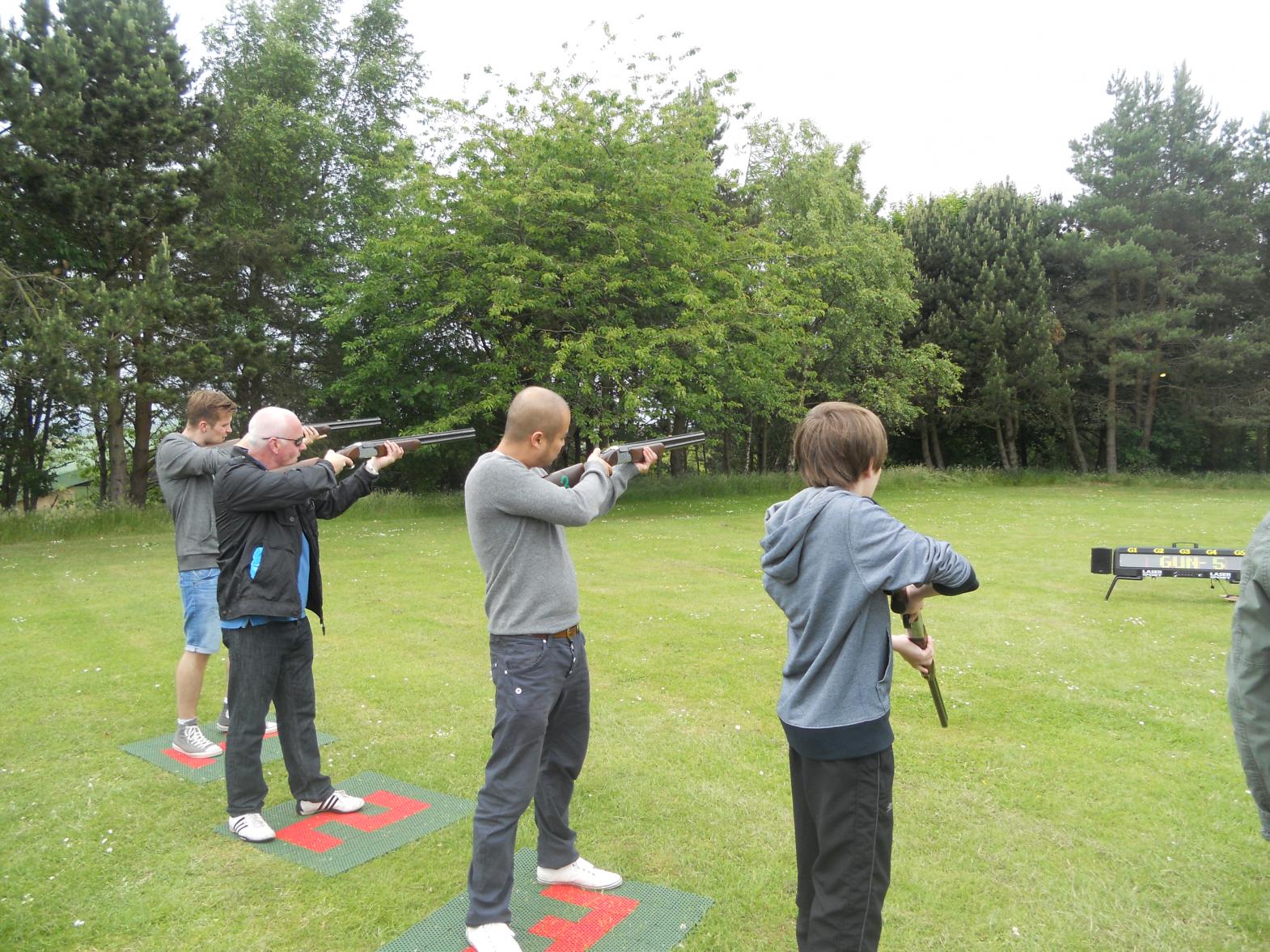 Great 25 th birthday celebration event at NSL training offices and a big shout out to Niel for doing such a great job in putting it all together so perfectly from start to finish - including the weather and the scrummy cakes ! Well done to Mark and Mark on the indoor Laser shooting - you both know who the real winner was ! Loved the Crane Construction - just look at the photos ! Stephen