Evening Entertainment with University of Manchester

The illustrious home of Professor Brian Cox was a somewhat different but very apt setting for our latest Fun Casino, corporate entertainment ideas event. That's right, the world renowned University of Manchester played host to a James Bond themed few hours of gambling and high rolling... well for some! Each lucky punter was given £50 of fun money to try their hand at a number of fabulous tables on offer. The ever popular blackjack looked inviting with the sensationally positioned purple mood up lighter washed across the face of arguably the best Bind ever, Sir Roger Moore. Roulette as ever dominated the main floor space with the lure of the wheel automatically drawing the attention of the baying crowd. Finally, Texas Holdem Poker would await our two semi final heats, followed by a grand final for the ones who could holes their nerve. 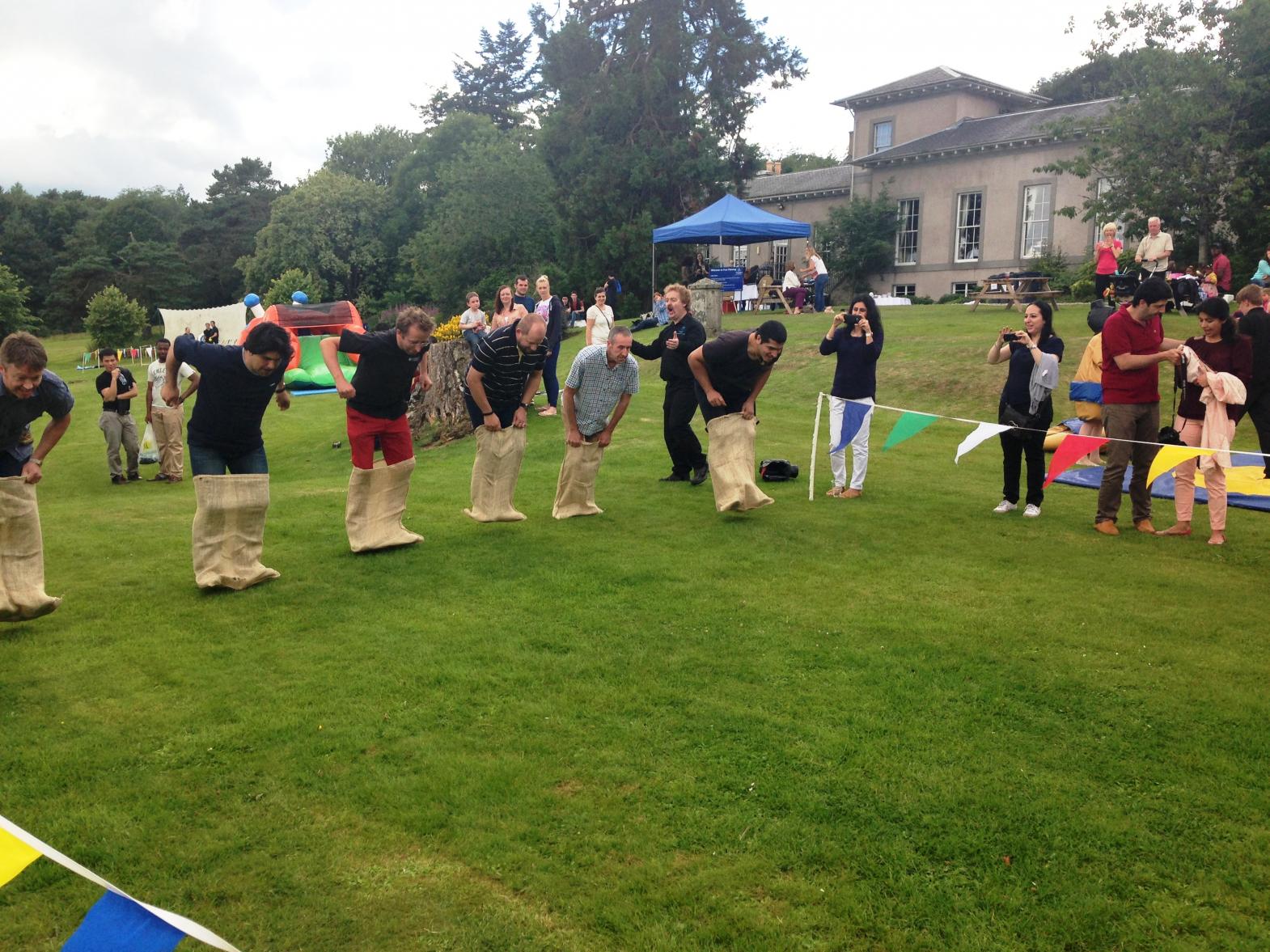 The prize for the winner of the day was of course the magnificent Team-Challenge-Company Winners Trophy. Everyone zestfully grabbed their share of the fun money and made their way to their respective tables. Safe in the knowledge that a good start on their strongest game would stand them in good stead for a challenge towards the top prize! Big John hit the ground running on the Blackjack! Well, in all honesty, just hit the ground. He certainly took the phrase, living dangerously, to the next level. He stood on 16 and hit on 19! A very erratic set if betting tactics! Occasionally it paid off but the majority of times he ended up out of pocket, much to the amusement of his fellow peers. He lost his money but certainly made a few friends. A great character! Fortune would smile on the big man later in the day as he won a colossal £350 on a last ditch attempt at the roulette. His persistence finally paying off! He did have to pay Bob the Banker a considerable amount of money back however after a poor start.

This event was a blast, we had laughs and tears as they lost and won money on all the tables but in the end we had a worthy winner! Sue done a fantastic effort getting all the guys there and for a second year in a row she still hasn't won the trophy. Maybe next year! lol Bob