It seemed to be Wales vs England at tonight’s Generation Game, as Team Challenge Company had the pleasure of providing an evening of entertainment for the lovely employees and client’s of G&R electrical. The room was highly competitive before the quiz even began, as we split the groups into their teams we could clearly see there was some previous rivalries from previous years. There wasn't just the Team Challenge Company Winners’ Trophy up for grabs today there was also the G&R Electical Trophy up for grabs. 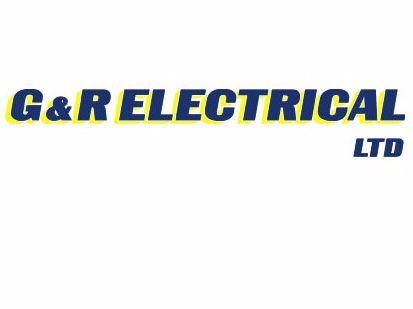 We kicked of our first round with a musical challenge of the classic Hit Or Miss, seeing at least 2 teams fall at the first hurdle, not knowing if it was no.1 hit or an unlikely miss. After the first round it was clear that.....was ahead of the game with 1 team member guessing the hits perfectly right every time. As it was time for dinner the teams took a quick breather at The Novotel Hotel, Bristol.

After our relatively successful Hit Or Miss we moved on to the Balloon Tower, the competitive teams only had 10 minutes to construct the tallest Balloon Tower only being held up by itself. We saw some massive erections! But it was by far.....that excelled with the freestanding Balloon well over 60 inches.

Shortly after everyone was fed and watered, we started our third round with the ever so competitive Giraffe Build. Pitching all the teams head to head - the idea was to build the tallest freestanding giraffe they could out of just paper, pens and cellotape. Which saw the northerners from the Yorkshire side of G&R electrical not performing too well as their giraffe looked more like a snake only managing 2 inches off the ground, whereas over on the other side of the room, we had a whopping 58 inches.

The round was quickly followed by our cake build competition where teams have to use the utensils provided to make marzipan, icing sugar, and a cake to resemble the perfect employee. Quite clearly there were no model employees at table but this particular challenge saw hem excel with their superhero, they must be good at their job!

The following game came in the form of Memory Test as we showed the teams 2 scenes from 2 movies, they had to remember everything they possibly could about the scenes and quickly buzz in as we asked the questions. It was clear that Team 3 had a keen eye for detail, but it was also clear that the Leeds boys just had a keen eye for their beers - quite clearly remembering nothing!

Shortly after the memory test we invited a single member from each team up for the Generation Game.  As we played through 30 objects on the screen, each member from each team had to name 1, if they repeated one as it came round to them again they were out. All 5 teams proving to be strong competitors but eventually it was Team 1 that took the victory on that one.

There were only 3 games left to go, the first game Peel Off, separated the housewives from the house husbands, seeing who could get the skin off the spuds as fast as possible, there was only 1 team full of ladies and they didn't perform as well as expected but Team 1 had clearly been practicing for a week ahead of the event to take victory.

Our final 2 games saw the teams cracking out their circus skills, showing there juggling, plate spinning, Diablo & gymnastic skills, we even had someone doing a hand stand at the same time as doing the splits and last but not least we saw the inner animal come out of every team as we entered the TCC Animal Race clearly showing the other teams that they were a bunch of animals desperate for both trophies wheeling in that giant gorilla at rapid pace.

But in the end to take home bragging rights it was the best team from G&R Electrical to gain and to take home overall scores for the TCC Trophy. For all their hard work and effort it was Team 3 that took the grand prize between the Companies. It was a pleasure to have see some familiar faces and new ones and work with you all from G&R Electrical, I hope you had much as fun as we did and to see you again. Special thanks to Paul for his organisation of the evening.

Paul Paul Paul - where did it all go wrong !!! Keep peeling the spuds for next year ! What a really competitive team you have - everyone a Winner ! - loved it ! Stephen