Team Challenge Company had the pleasure of hosting the guests at the beautiful Candacraig house. The weather was pleasant, if slightly grey, as our guests came out onto the front lawn, primed and excited to take part in Highland Games and Country Pursuits.

We headed down to the walled garden, where our quests were split into two teams; Team Kylie and The Kylie Minogues (an inside joke maybe?). From there, we dove right in! 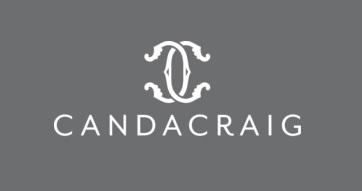 First off was our Caber Toss, a truly traditional Highland Game and the flagship of the games. Competitors have to take a long log and throw it so that it spins in the air and lands straight in front of them to earn points. Some of our guests were more, shall we say, gifted than others. One of the gentlemen on Team Kylie threw the caber so badly that not only did it not flip, but it nearly gouged a rabbit burrow sized hole in the ground!

Our next game was the Haggis Hurling. Our teams had to bowl an uncooked haggis along the ground to land in one of six scored hoops. The most points at the end would be the winner. Unfortunately, this was not a thrilling competition. After the time had ran out, the scores stood close, but low: 1-0 to Team Kylie. Maybe the Kylie Minogue team would fare better in the next round...

The way that we at Team Challenge Company play our Welly Toss Game is a play on the weight over bar from the traditional Highland Games. Instead of throwing a heavy weight as high as possible, our guests lob a welly over their head to land in designated areas to score. The Kylie Minogue team must be excellent at their jobs within their company, because they definitely were not hired for their throwing skills!

Next, as a slight change of pace, our teams chose their strongest members for the Stone Lift. Each player must lift a basket to chest height and stones are added every few seconds. The person with the longest time wins a point for their team. It came down to the girls on each team, with Kylie Minogue team narrowly securing the victory.

Normally our Hey You Jimmy Race is a good way for our competitors to blow off some steam and have a bit of a laugh. The object of the game is to roll a child size wheelbarrow around an assault course, fill it up with balls and return to your team. We at Team Challenge have never seen a more vicious and violent showing! Players being tackled to the ground, shouting and screaming; a pack of wild dogs would have made less of a ruckus!

Moving on from that violent display, we made the (possibly somewhat foolish) choice to give our guests weapons for the archery competition! Thankfully all the aggression was left on the Jimmy course. After a small practice, we got into scoring and some very good shots were made, one even being close to a bull’s-eye!

Our penultimate game was the Laser Clay Pigeon Shooting. The teams were shown how to operate the laser guns and the scores began to roll in. After twenty clays, the scores were tied! Two clays were flown to decide the game. After some blatant cheating – you know who you are! – we decided to leave the game as a draw and move on to our final showing.

The Tug of War is a true test of strength, stamina and teamwork. After an extremely well fought game, Team Kylie came out on top! Those points were well earned, because as a result, they managed to eke out a victory for the whole day and were presented with the Team Challenge Company trophy. We hope that everyone has recovered from the day and wish them all the best for the future!

A fantastic day of Scottish Highland Games with an enthusiastic team! Well done to everyone for being so involved and making the most of the day. Hope to see you all again soon.