The fourth leg of the Co-operative jogscotland 5k challenges kicked off on Glasgow Green amidst glorious summer sunshine on Wednesday 24th June, and once again Team Challenge Company arrived in eager anticipation, with Dozer the Clown in hot pursuit. 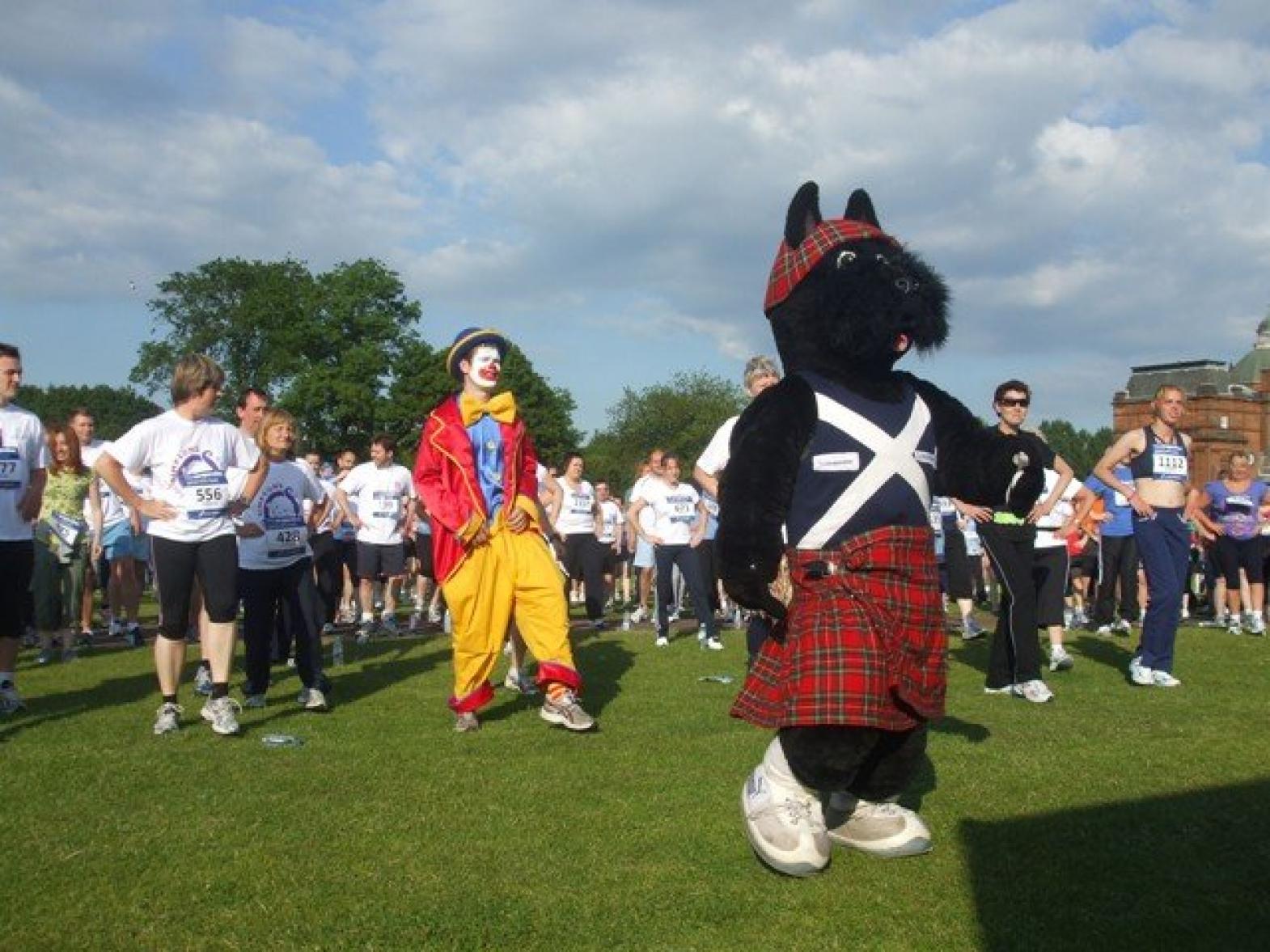 Team Challenge Company's very own Dozer the Clown, who had completed the opening jogscotland 5k challenge of 2009 at Haddo Country Park just one week previous, was geared up to tackle the Glasgow Green course along with over 1000 other runners.  As he had done in Aberdeenshire, Dozer once again entertained the masses with his hilarious Pedalo antics, amazing Juggling tricks and incredible Plate Spinning skills. Having one jogscotland 5k challenge already under his over-sized clown belt, Dozer was more relaxed before the Glasgow Green race, where his funny side shone through during the mass warm-up...he certainly knows how to make me roll about with laughter! The famous challenge atmosphere filtered through the massive field of runners, and with nearly 1000 supporters dotted around the course, it was easy to see why so many athletes of all experience and abilities had turned up to make this particular event such a huge success. Adrenaline took over as the starting pistol echoed around Glasgow Green - the fourth  jogscotland 5k challenge of 2009 was off and running. 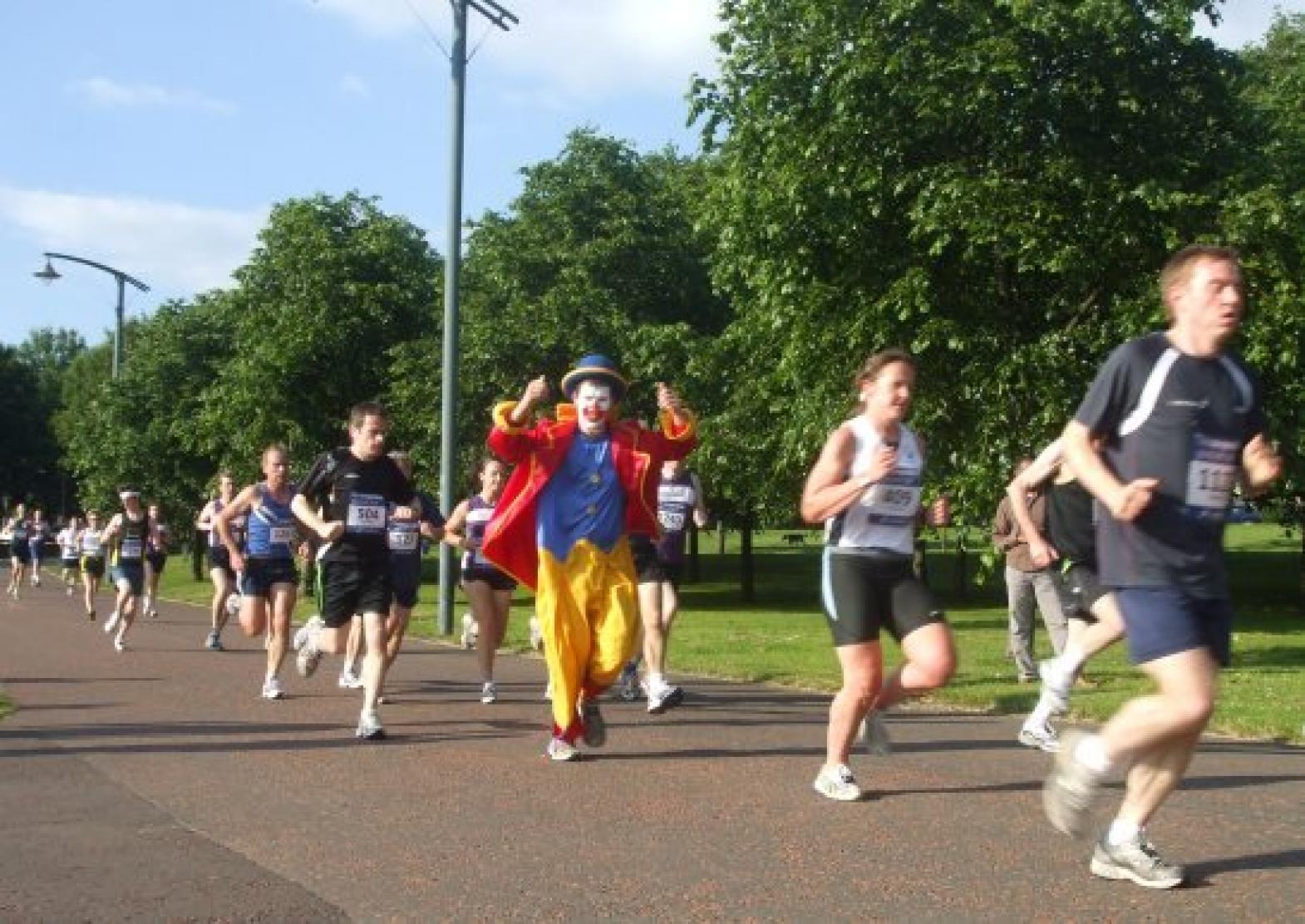 We are all very proud of Dozer, not only a clown but an athletic clown like none other. The amount of twitters we got about him was unbelieveable. Join our twitter teamchallengeco and follow his progress at Edinburgh. Good luck Dozer and see you on the route ! Gerry