Our first stop has to be Sean, the biggest cheater we have ever met! I have never seen a man try to stuff so many crystals in his pocket until now...! Then there was the lovely Judy, who thought the best way to the Leopard Print Lover's heart was to complain as much as possible...how wrong she was! A big shout out has to go to 'Foxy Jenny', who loved her Fox costume so much she almost took it home with her! Our favourite highlight, however, might have been over at the Archery Challenge, as Dave of Team 2, under the expert guidance of John (hmmmm...!) managed to fire not only over the target, but into the next field! The invoice is in the post Dave...!As the fun came towards it's climax, many teams had performed fabulously...some not so much! The mighty Team 4 and Team 7 both went through the grand final, carrying through 13 Crystals and giving thir teams 35 seconds inside the Crystal Dome to collect as many golden tokens as possible. The pressure was huge, it was all or nothing, either team could have lifted the Team trophy. But before it was presented, there was the matter of the Wooden Spoon, which was picked up by the every hilarious Team 1! Just 16 golden tokens split the top two teams, and unfortunately Team 7 missed out, leaving Team 4 victorious!

The entertainment rolled on into the evening with a fabulous Executive Quiz Night. Again, the highlights were plentiful. There were lots of famous guests in attendance, from the Brokeback Mountain Cowboys to one half of Jedward, from Phil and Grant Mitchell to the giggling ladies in the back corner! The Wham Warriors deserve a particular mention, for being absolutely terrible at everything...! Once again the scores at the top of the charts were close, but in the final round one team managed to step up a gear, and My Tie Looks Ridiculous ran out deserving champions to pick up the second Team Challenge Company Trophy of the day. The Smurfs brought up the rear, collecting the Wooden Spoon with just 2800 points!As the evening drew to a close, it was clear that all in attendance had enjoyed a fantastic day, and that there were some fun-filled memories created that would last a lifetime. A big shout-out and thank-you has to go to John for all his hard work and commitment in organising such a successful day for all. The Jardine Motors Group team were an absolute pleasure to work with, we hope you all had a fantastic time, and we look forward to seeing you all again soon. 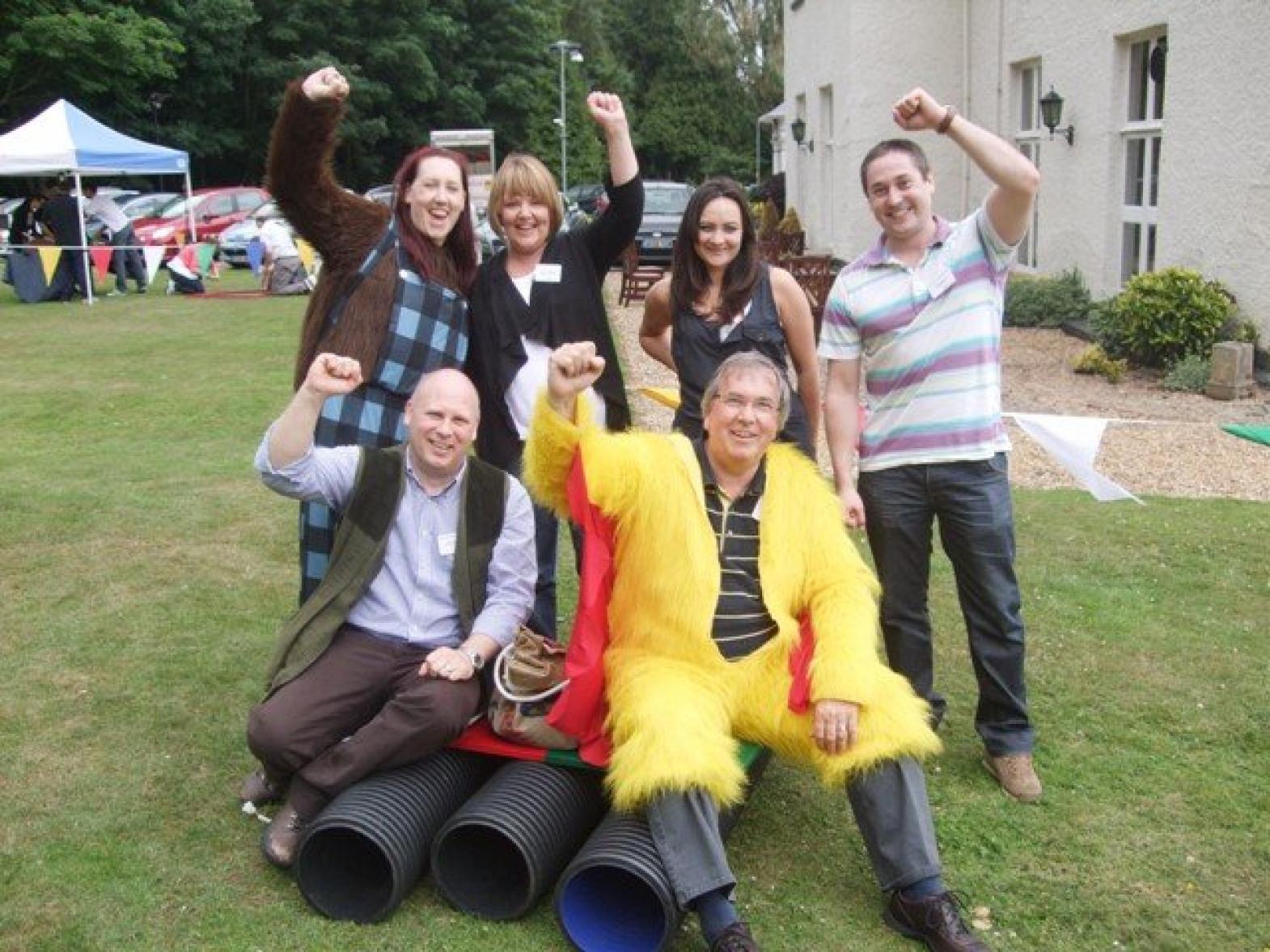 What a wonderful, fun-filled and hugely energetic afternoon and evening of Team Building this was! The Crystal Challenge when down an absolute storm with the fabulous team from Jardine Motors Group, and the competitive spirit was there for all the see rigth from the very beginning. My personal highlight of the day had to be Judy's complaining! I'm glad by the end of the day her team managed to scrape together a few crystals! It was an absolute pleasure to work so closely with John in designing and delivering such a successful Team Building event for all in attendance. I sincerely hope you all thoroughly enjoyed the day, and I look forward to seeing you all again soon