We hope this blog will bring back some great memories of your fantastic day. Check out all the photos from the afternoon, and don't forget to leave us a comment at the bottom of the page with some of your highlights and favourite moments!

The magnificent Macdonald Cardrona Hotel played host to a fabulous and fun-filled afternoon with an uber-competitive group from WL Gore on a typical Autumn afternoon in the Borders of Scotland.A sense of nervous anticipation gripped our guests as the Leopard Print Lover arrived into the conference suite to introduce the afternoon Team Building session, which would see our team battle it out across a number of different Mental, Physical and Skill based challenges, all in a bid to emerge from the Crystal Challenge Dome at the end of the day as Champions! The teams were quickly chosen and we began the march outside on to the fantastic grounds of Macdonald Cardrona Hotel, the tension building all the time as each team wondered who would be crowned Champions...! 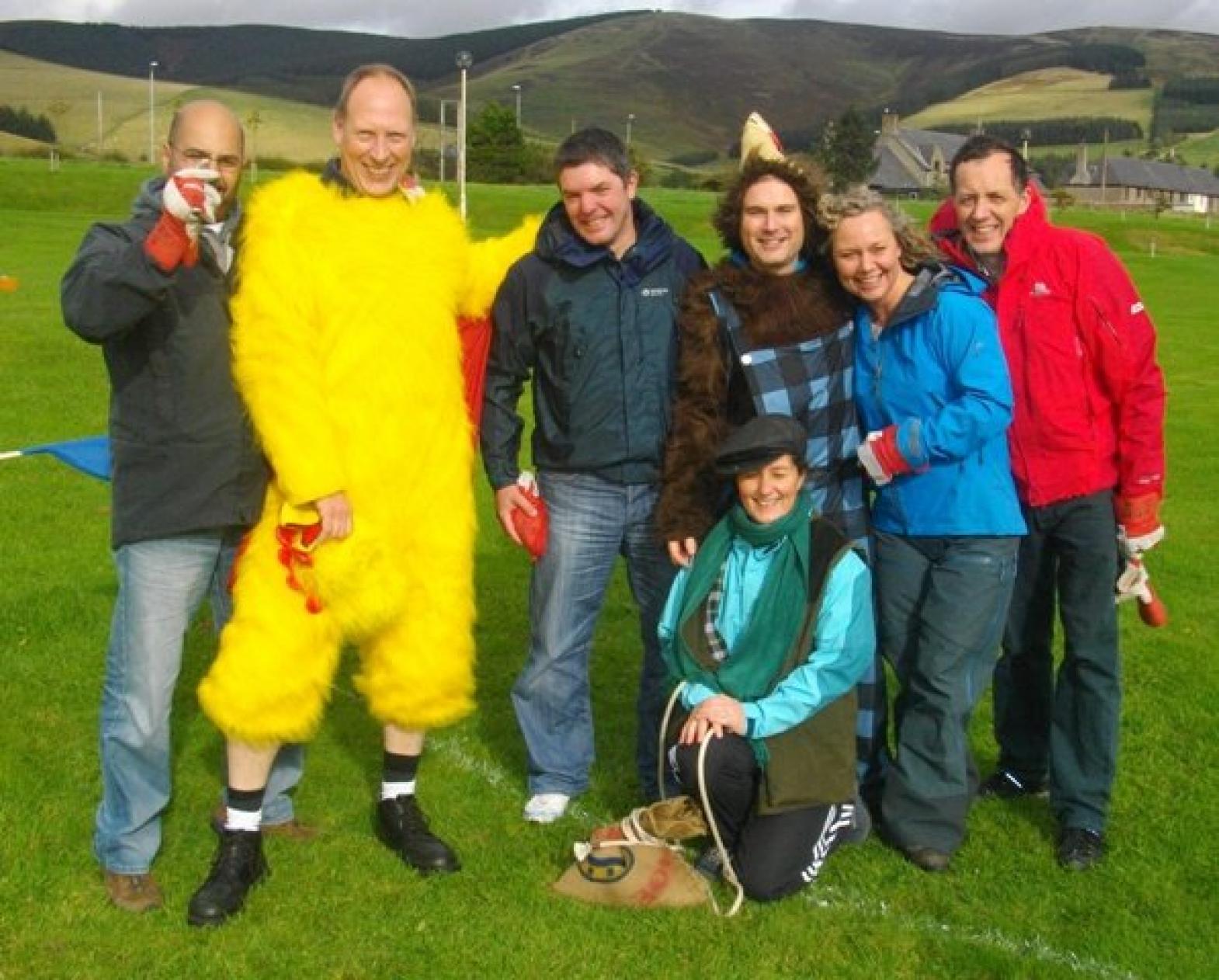 just wondered how much a team building half day would cost for 8 people???

Another fabulous afternoon of fun and exciting Team Building at the beautiful Macdonald Cardrona Hotel, and what an afternoon it was...! Never have I met such a competitive bunch, and never have I met someone as smart as Stephen...or indeed as crazy as Kip! Lots of fun-filled memories from the day, but none can top Donna's sensational performance inside the Crystal Dome, what a winner! It was a pleasure to work with Paul and the rest of the WL Gore Team, I sincerely hope you all enjoyed your time with us, and can't wait to see you all again for the rematch...Paul, you're going to have to increase your bribe offer if you want to win again...!