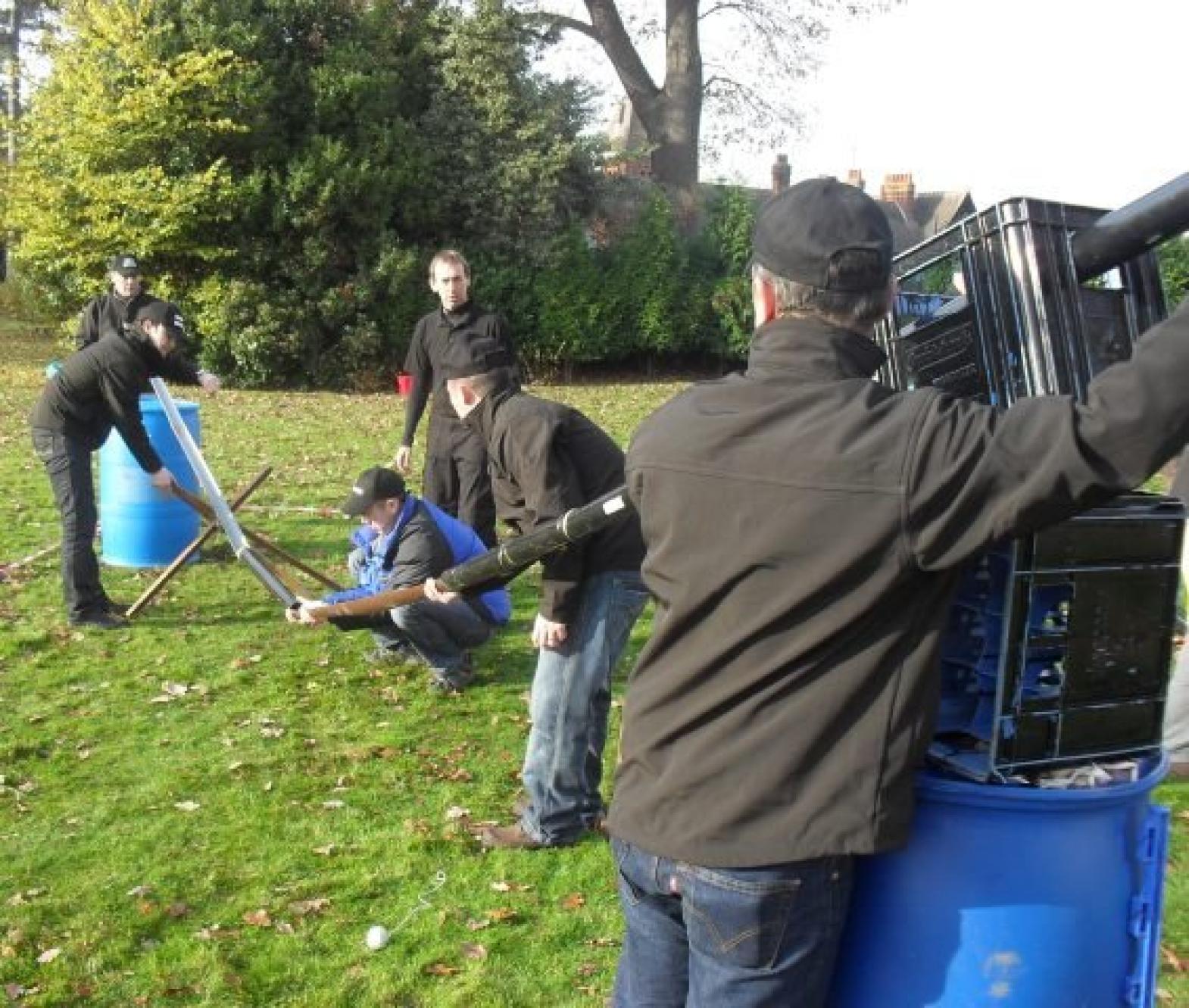 In the end there was little to separate the teams in this fun event in terms of the presentation, as every team member made a valid contribution.  Ready Robert, who was initially known as Beautiful Bob, took the lead here.  In the end it was the A Team that was crowned winners of the Trade to Win day;  not only winning the contract with the Army but taking home the Golden Trophy too!!  What followed this was an occurance rarely witnessed by us, as we were unable to single out a team that were worse than the others and so no one was given the Wooden Spoon.  This positive surprise was an apt end to a Team Building day, one which was highly successfull and enjoyed by all in attendance.We would like to say a big thank you to Alex and Malcolm for their hard work and effort in organising a fantastic, team building oriented day for their team, it has been a pleasure to work with you all and we look forward to your next event in 2011.

Very impressed with the energy and effort of the team and despite the chilly weather everyone including Matt (haha) participated to a very high standard. A-Team, even though deserved winners, they couldn't have done it without the help from the rest. Thanks to Alex and Malcolm for taking such care in organising the event, and this certainly shone through on the day. With Phil back in Cairo and the rest of the team spread out I am sure they are looking back on a great week with fond memories. Gerry

I laughed unitl I rolled about on the floor when Gerry and the team came back from Leatherhead with great news and hilarious stories of our Team Building Event with BP. It sounds like it was an absolute blast, and I hope you all walked away with fabulous memories of your time with us at The Woodlands Park Hotel, and that there will be plenty of fun-filled jokes and stories flying around the office for the forseeable future. It was an absolute pleasure to work with Awesome Alex, Malcolm and the rest of the BP Team in delivering your Team Building event, and I throughly look forward to working with you all again soon. Next stop...Bugs legs and Fish eyes in I'm an Engineer, Get Me Out of Here! Jonathan