Uniting Teams Through The Power Of Song

Jonathan Hazley, co-director of one of the UK's leading corporate team building businesses, Team Challenge Company, on why forming a choir creates the ultimate team.

Uniting teams through the power of song.

After a year of lockdowns with no major sport or music concerts, it will be an electrifying experience to stand in a stadium when they echo again with the sounds of the national anthem or sing out from the stands when stars turn over the microphone to allow us to carry the song.

The benefits of group singing are 'plentiful and scientifically proven' so says David Hill, musical director of The Bach Choir and principal conductor of Yale Schola Cantorum. According to Sarah Wilson, a clinical neuropsychologist and head of the School of Psychological Sciences at Melbourne University, large parts of our brain 'light up' when singing. The physical exertion alone can energise individuals and release endorphins and the breathing techniques are a known stress buster. 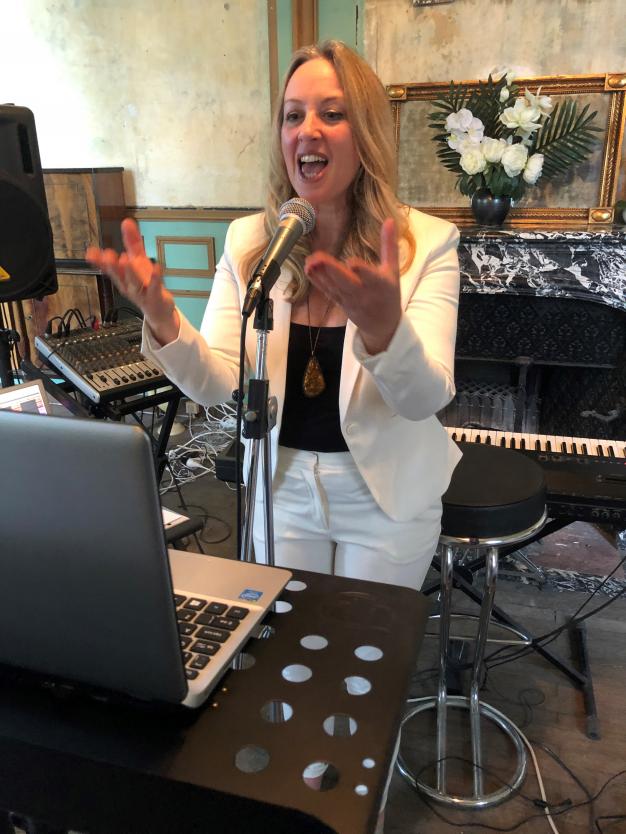 Last year the news channels broadcast Italians singing from their windows in a show of togetherness. One American nurse's rendition of Amazing Grace went viral after she sang for her colleagues during a shift change on a Covid ward. Famous popstars felt compelled to reach out virtually and connect with fans with stars from Coldplay's Chris Martin, Gary Barlow and Elton John all streaming live from their living rooms.

For many of us, we recognise the power of singing to make us feel good, and in a group, this is only amplified. In the last decade choir singing has no longer been confined to school halls and church pews. Pre-pandemic the rebirth in the popularity of choir singing was due in large part to the US hit TV show Glee and in the UK, the 'Gareth Malone effect'. The English Choirmaster's BAFTA award-winning BBC TV series 'Military Wives' led to a Christmas number one. Contemporary 'Rock Choir' groups sprang up across the UK, which required no auditions or musical knowledge and attracted members from accountants to firefighters. Having had such success with Miltary Wives, Gareth Malone went on to take singing into the workplace in 'Sing While You Work' with choirs featuring workplaces from Citi Bank to Sainsbury's.

The tenets of a good choir of listening, collaboration and cohesion have all the hallmarks of the ultimate team. Along with the well-known boost to wellbeing, a psychological study from Michael, Sebanz, & Knoblich in 2016 found that increased interaction and coordination was seen to enhance commitment to a common goal. In a choir, from the sopranos to the bass, everyone has a part to play, and when individual voices join to create a harmony the choir becomes greater than the sum of its parts. Like any great team, when working in harmony, they can achieve things that would not be possible alone.

After being separated and working remotely for more than a year, supporting teams to reconnect is at the forefront of our minds. For many companies to successfully navigate the year ahead their teams will need to be focused and energised.

At Team Challenge Company, we have been working in collaboration with our global partners to develop a suite of virtual activities to address the challenges of remote working. Our latest addition is the uplifting and high-end singing experience E-Choir. The event, which can be for unlimited participant numbers, is delivered via video conference live from the chateaux studios of the host Billie Godfrey, professional singer and Professor du Chant at the Conservatoire de la Music et la Danse in the Loire Valley, France. Godfrey, an acclaimed voice coach, has sung with many of the world's top artists including Adele, Paul McCartney and Ed Sheeran.

E-choir has been cleverly constructed to circumnavigate the slight time lag online to allow remote workers anywhere in the world to have the experience of being in a choir. While many of us may restrict our singing to the shower, E-Choir is designed to be inclusive and allow everyone to feel relaxed and empowered to take part without fear of embarrassment. Participants stay on mute and can record their part individually, on their phone, Dictaphone or WhatsApp. No individual need ever be heard alone. In this non-threatening context, we have witnessed that even the most reserved are surprised by what they can achieve, going far beyond their perceived limitations. Those in a team who are keen singers and want to share can be selected and allowed to shine.

The shared moment of celebration comes post-event, where attendees are sent a final version of their song with all voices professionally mixed by skilled music producers. This final song, a powerful demonstration of unity, can be kept and replayed in future and the experience of singing together will create a talking point which will last far beyond the end of the event.