The weather held out and the sun was shining as the fantastic Gleneagles Hotel played host to another day of fun and energetic team building. Team Challenge Company teamed up with Experience Scotland to provide a day of traditional Highland Games activities for 30 delegates from Grunenthal Ltd. The group split into 4 teams and came prepared with tartan scarves in Cream, Blue, Green and Red to represent the team colours and names – with a small addition of our tartan Jimmy wigs, they certainly looked the part! Once the teams were kitted out and eager to get going, it was time to start the competition for the Team Challenge Company Winner’s Trophy! 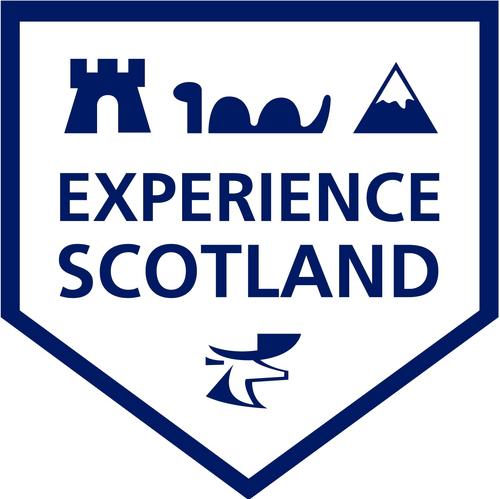 The teams took part in various challenges throughout the day including, Axe Throw, Haggis Hurling, Chip Shot Golf and the fast paced Hey You Jimmy obstacle course. Our Axe Throw challenge saw absolutely nobody hit the target... one team even managed to break an axe, all without even breaking a sweat! Over at Caber Toss we saw the teams showing off their strength in this classic Highland Games activity, with the Green team managing to just beat out the Blue team and take away a huge 1000 points towards their final score. With the noise – and hay – coming from Weight Over bar, it was a sure sign that the teams were working hard at this challenge – the Blue and Green teams certainly were, as they managed to beat their opponents by having the most straw bags over the giant Wacky Wall structure at the end of the time. Not to worry though, the Red team and the Cream team showed they had skill of their own at the Fly Rod Fishing challenge where they managed to work up a huge 340 points each – a great achievement to the other teams’ 280 points.

Taking some time from the fast paced activities, the teams had a chance to take part in our Air Rifle Shooting – some may say our most exciting challenge of the day... some may say the most frustrating. The teams took it in turns, with 2 bullets each, to hit the target as close to the centre as possible. After their first shot, our instructor gave them some tips for the second and luckily everyone seemed to at least hit the target! Once everyone in the teams had a chance to shoot, we removed the targets and counted up the scores – the Cream team managed to score 8 points, Blue team earned 9 points, Red team managed 11 points and our experts from the day, with 29 points, was the Green team! Another challenging activity for the teams was Chip Shot Golf, which saw the teams aiming to get the golf ball into the various points marked holes on the inflatable, however, some teams  struggled to even hit the ball! Once all the teams had made their way through the rotations, it was time for the Hey You Jimmy obstacle course finale! The teams had to race around the course with their wheelbarrow, making their way over bridges, round posts and through hay bales to get to the end of the course, fill their wheelbarrows with balls and race back to fill their buckets. The teams were competing to have their bucket the fullest in order to win those crucial last minute points and with only one unfortunate person sliding in the mud, they done extremely well!

Now that the last points were in, it was time to tally up the scores and present the trophy... In last place, with 7900 and taking home the Loser’s Wooden Spoon, was team Cream! In third place, with 8100 points, the Blue team! In second place, just missing out on the top spot with 8200 was team Red! Which means our winners, with 8300 points and taking home the Team Challenge Company Winners’ Trophy was team Green!

A huge well done and thank you to Marlene for organising the day, and to everyone who took part – we hope you enjoyed it as much as we did! Our team had a great time working with you all and we look forward to seeing you again soon.