The City of Edinburgh became a playground of fun and hilarity for Henderson Loggie, with around 150 members of their team enjoying a day in the shape of our ever popular City Scavenger Hunt.

As the kick-off to the Corporate Entertainment neared, rumours spread amongst the Aberdeen, Edinburgh and Glasgow crews that the opening challenge of the morning was to locate the affectionately known 'Dundee Lot'! For some it felt like hours had passed, for others it felt like days, but eventually David 'The Navigator' Smith (don't pretend it wasn't you giving directions) led the Dundee charge on Cargo, and we were finally ready to get going! With a quick team briefing, an explanation of how to use the Edinburgh City maps (it is difficult to restrain myself from making a number of Dundee-based jokes here) and the handing out of the City Scavenger Hunt rucksack kits, the 14 teams were let loose on the streets of a Festival-packed Edinburgh.

The challenges were sure to provide some fun-filled entertainment right throughout the event, with many of the photograph tasks ending in particularly hilarious results, all of which can be viewed by clicking on the number of photographs within this blog. There were so many highlights throughout the day, far too many (and some too rude) to mention here! So we've put together a little list of our favourite memories, and perhaps you can include yours in the comments section below. We start with the chants 'IN IN IN' or 'OUT OUT OUT' that were reportedly heard as far as the Royal Mile, probably by members of Team 5 who were lost for most of the day! Oh, and the team that tried to get away with Eraser for the Letter E - you should have known that it is, was and always will be a Rubber! 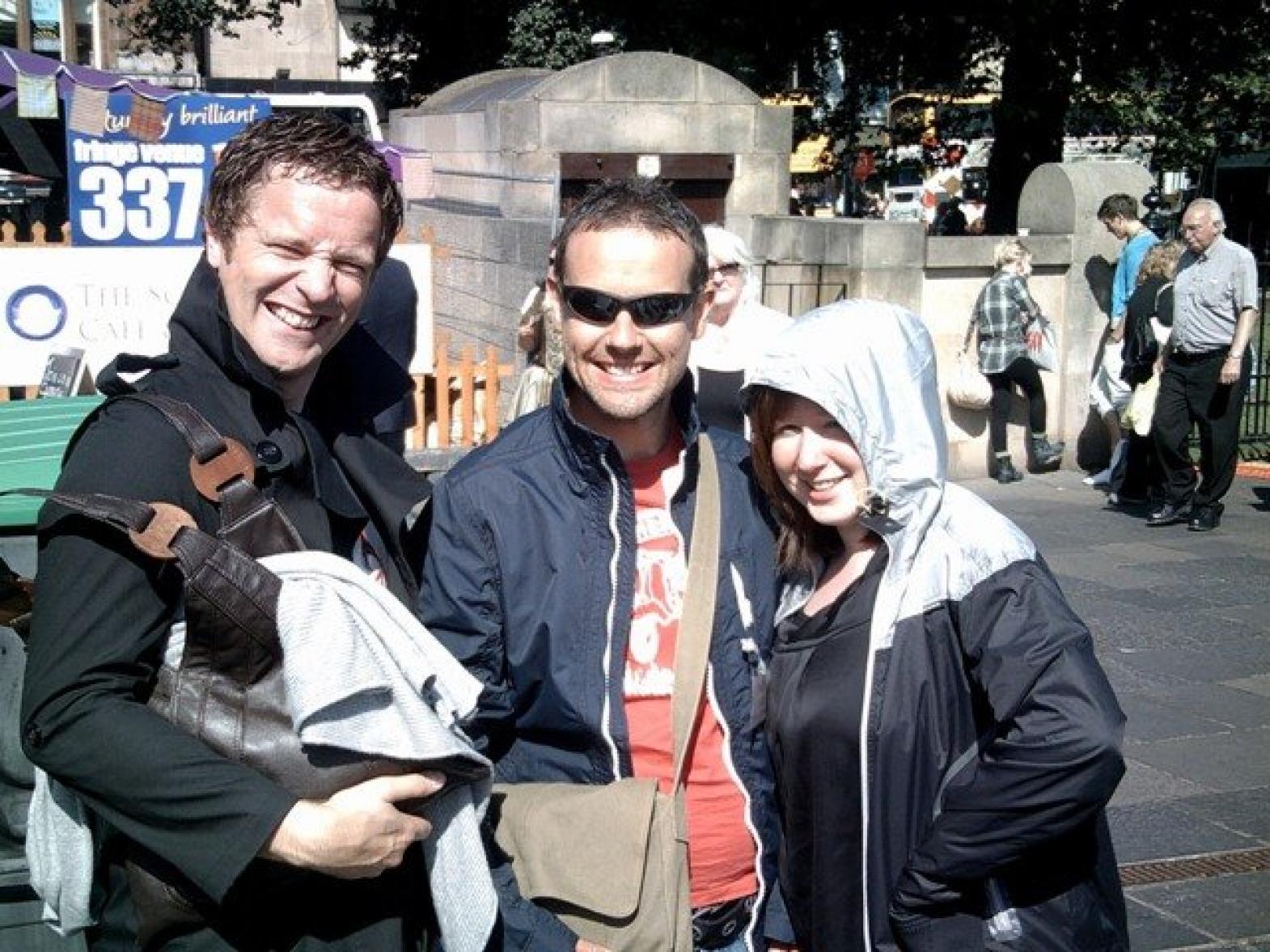 What a fabulous day of hilarious Corporate Entertainment in the streets (and pubs in the case of Team 3) of Edinburgh! Such a great laugh despite the nerves at the start when the Dundonian bus driver decided he liked Aberdeen better than the Burgh, but it all added to the hilarity. Some fantastic photos from all the teams right throughout the day, and all will serve as great memories of your City Scavenger Hunt. We have spent a little too much office time laughing out loud at some of them, really tremendous fun. It was a great pleasure to work with all from Henderson Loggie, I still can't quite believe that David managed to creep into the winning team, but with a margin of victory that big, it seems all of Jennifer's bribes were worth it! Hope you all enjoyed the entertainment and the photos, and look forward to seeing everyone again soon.

Loved it, great event and my favourite moment of the day was during the SCAVENGER scoring and hosting a discussion on whether a rubber was an eraser or in fact a rubber!!! My second favourite was handling a cold fried egg and wondering where it came from, it was whispered later I didnt want to know. Great company, fantastic people and a very memorable day for a variety of reasons, now I am off to catch a bus to Dundee and hope to land before the weekend. Gerry