It's a Knockout Entertainment for the University of Glasgow

The spacious grounds of the Macdonald Aviemore Highland Resort provided the setting for the 6 teams from the University of Glasgow to enjoy a wild, wet and wacky day of It's a Knockout fun. Once all teams managed to drag the last of their recovering Team Mates from their beds following the celebration fancy dress party the night before, everyone completed the warm up together. This definitely set a few hearts racing, although that may have had more to do with the shorts the girls were wearing.Beginning at the Inflatable Fun zone it was Hannah who stepped up with a display of excellent ball skills at Human Table Football to take a quick victory for the Green Team. After this early lead the confidence, or arrogance of the Greens was unstoppable and began their cheers that lasted right until the end of the day. On the Surf Simulator iit was the Yellow team who were Calafornia Dreaming managing the best accumulated time of all teams. We are still not sure if they were supposed to have twice as many goes as the others... The Gladiator Duel saw battle commence between all teams and several grudge matches were played with the Blue Team managing to take several wins, mostly thanks to JJ and the moral support of the girls. 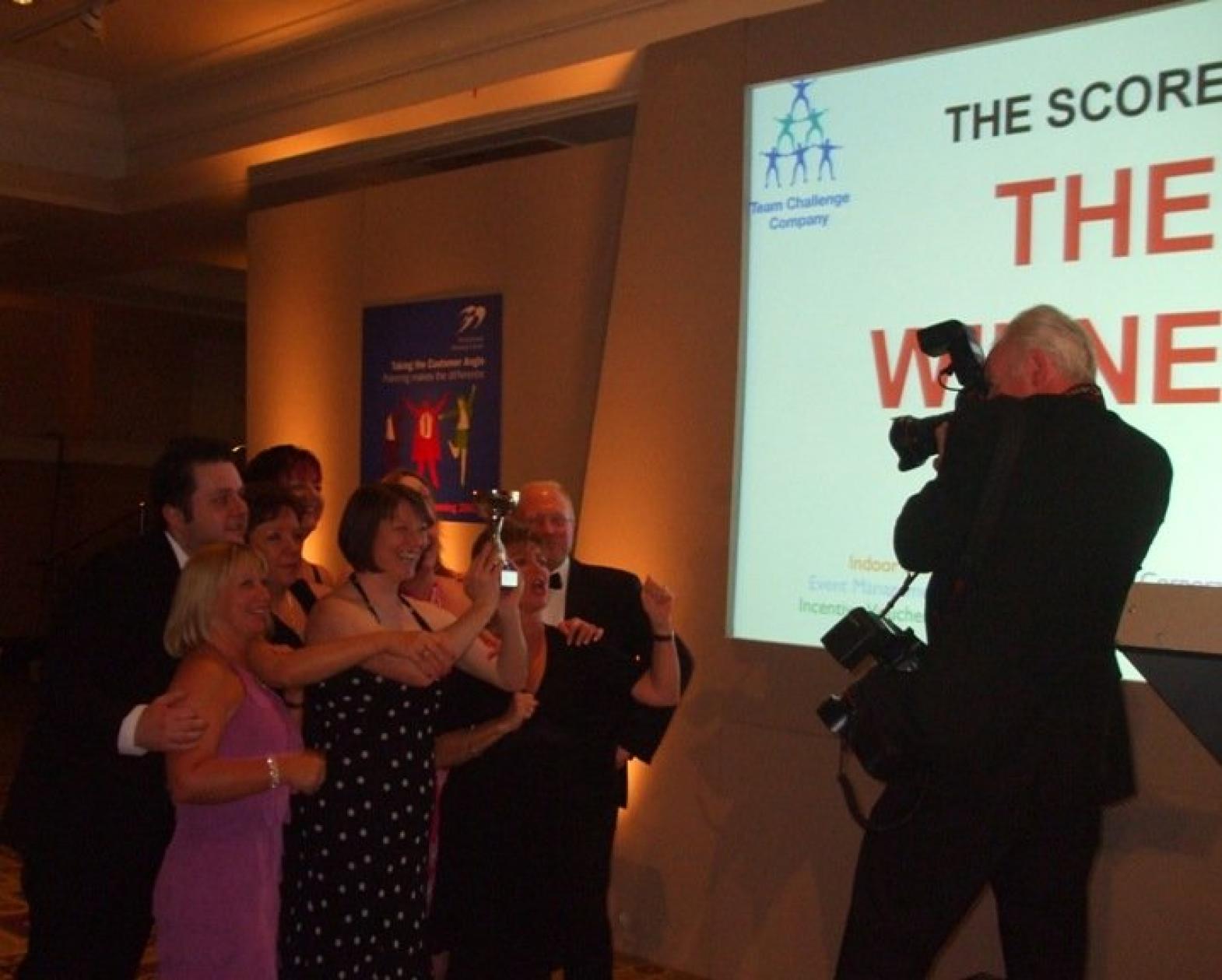 Can we get a medic over here...? What a fun-filled and frantic day of It'sa Knockout entertainment this was, with a fantastic (and hugely competitive) group from the University of Glasgow. Though the night before had taken it's toll on some, the brave warriors that awoke early to take on the It's a Knockout Challenge enjoyed a soaking-wet experience that was not to be forgotten (especially Colin and Ian!) A big shout out goes to Lindsey for all her hard work and dedication in organising such a successful event, I thoroughly hope you and the rest of the team had an unforgettable day. It was a pleasure to work with the entire team from the University of Glasgow, we wish you luck in your future endeavours, and we hope to see you all again sometime in the future... Stephen

Hopefully everyone has had a chance to dry off by now, even Colin and Ian, both of whom I hope have learnt their lesson about what happens to people who cheat! It was an epic day of very stiff competition, Green Team - I honestly thought you were going to do it. As for Dave in the Oranges-you got your name drop in there-I just hope it lives up to your expectations. All in all it was a truly great day filled with lots of laughter and healthy compeition and a well deserved end to your years of study. If everyone participating had as good a day as all of ushere at Team Challenge Company had then I am sure it will be one that is not forgotten any time soon. Great effort all round and look foward to the reunion! SJ

A huge thank you must go to all the staff from Team Challenge! Their enthusiasm was incredible.... especially when we were all suffering somewhat from the night before! The event was absolutely fantastic! Thanks again!!!! Lindsey

Well done guys, you helped turn what could've been a miserable day into a great one! cheers!