It's a Knockout with Diageo

Crisp afternoon in Troon on Thursday 9th June and as we prepared for the arrival of the Diageo Massive we pondered how much they would be up for their Team Building It's a Knockout event...As the teams approached the arena kitted up in climbing trousers, jogging bottoms and I think I saw some shorts the answer to our question was a definite YES.  We broke the team up into 6 teams and first off was the It's a Knockout warm up.  We were doing very very well until it came to the groin stretch and I heard a moaning groan from the group, we stopped the music to investigate and it was nothing to fear it was just a shriek of delight haha. 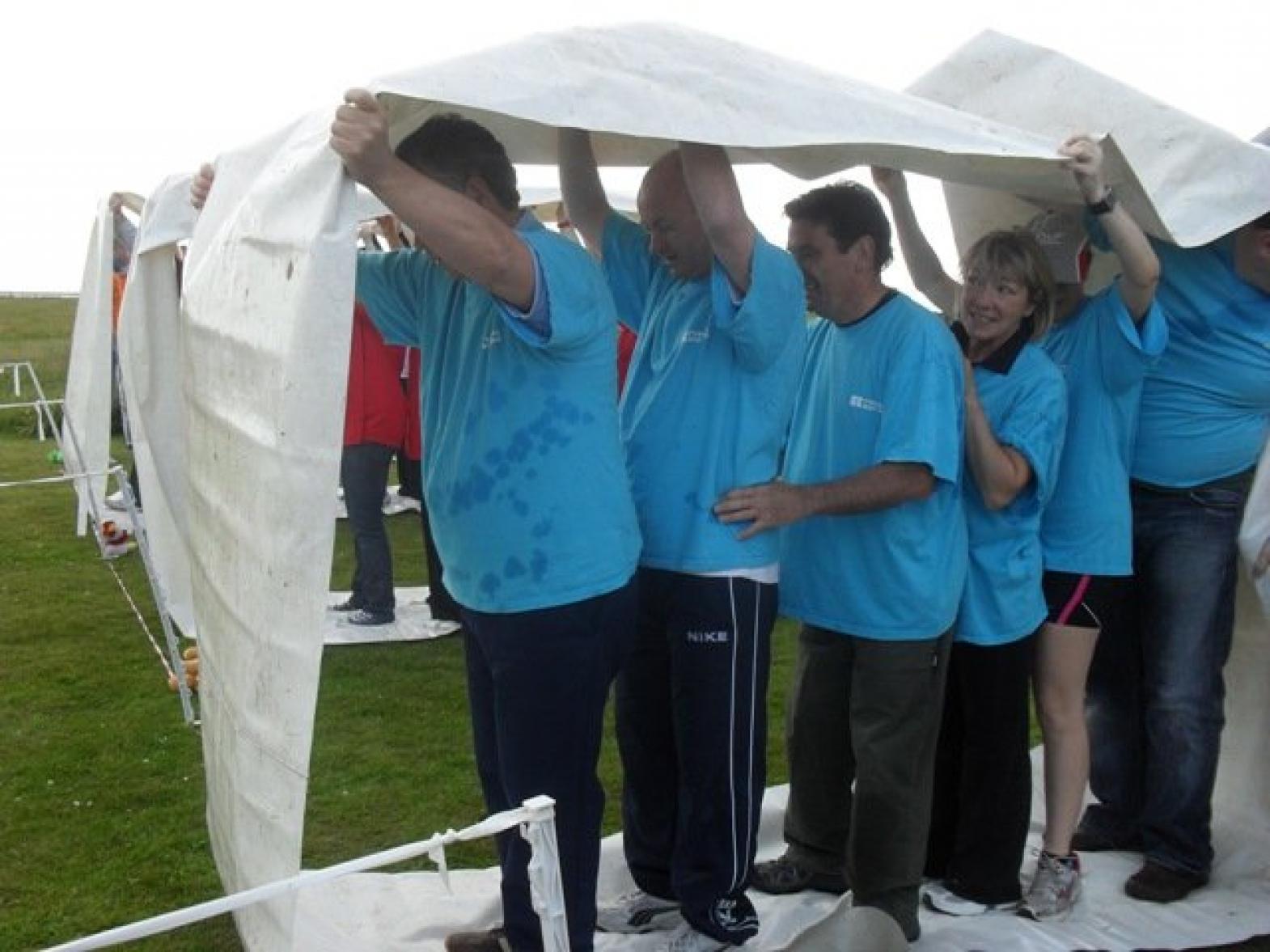 The first race was the Gold Rush and the teams lined up on their space hoppers and when the whistle went it was more a fumble than a dash for the line.  Green team put in an ok effort but Orange the aggressive and somewhat dominant source came in leading the pack.  The Solid Yellows, at this early stage looked like they may have more stamina than most, one thing was for sure even at this early stage Reds would do well to avoid the wooden spoon....Next race on the cards was the Caterpillar Run and after careful instructions and an even further reminder that the winners were the first back with all equipment over the line the music sounded and they were off, it was teams Yellow, Orange and Green that took up positions first and it was a dash for the finish line and controversy followed as Yellow were awarded top slot even though Orange crossed the line before them, official reason not all of the equipment was over the line....the Oranges grew in aggression...hehhe

The second heat was equally as fast with Red, Pink and Blue involved and the top cards went to the heavy weights Blue, no ref decision it was an out and out win.  The second half of this Team Building It's a Knockout event was to take place on the inflatable's with Bungee Run, Gladiator Duel and Bucking Bronco.  The Gladiator was a tough place to be and plenty of heavy hits went in, reports were that the teams wanted more time on this to slap a few more people around....  The Bungee Run got a few wet as they were dragged backwards down the lane and as for the Bucking Bronco we have one golden rule what happens on the bronco stays on the bronco especially if you are in the Red Team...After the Raise the Duckie It's a Knockout Race we had the final, the Washing Machine Run....it was foamy, wet and very very exciting teams took it to a new level with their entry jumps into the washing machine.  It was so close that we awarded the Green Team points for wetness and of course effort.  Once everyone had dried their eyes it came down to who won and who lost 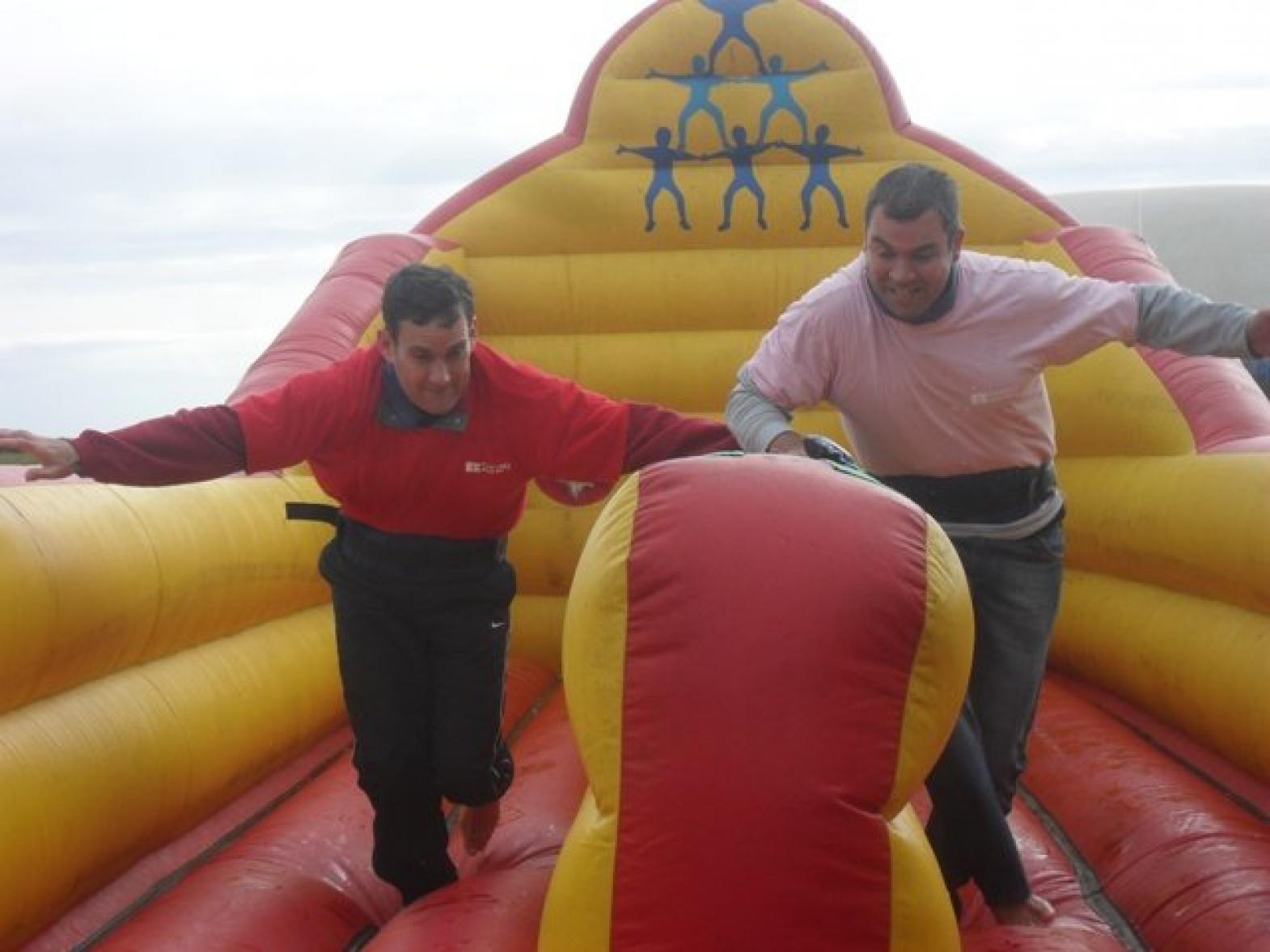