After a long day in the office the group from RSM Tenon where treated to some fantastic Indoor Entertainment in the form of a Games Mania night with Team Challenge Company. On arrival the group were split into 16 teams and all got excited when they saw what they were playing for... the wonderful Team Challenge Company Winner's Trophy! I say all teams but in fairness  team 4 just turned up for the laughs and were the least competitive.

As the teams enjoyed some highly competitive Indoor Games from the classics Olympic Big Screen Games, Foosball and Darts right through to the out the box puzzle corner. We kicked off with teams 8, 10 and 6 getting right into the games, all three teams winning their first challenge. The air hockey was a bit rough with the puck was flying everywhere, leaving many of us diving for cover. Over at the darts, well let just say don't give up your day job team 11! Despite many attempts I don't think they hit the board once! Teams 1 and 11 need to get their running shoes on - they where red in the face after one shot on the big screen games but doing  well to keep going for a win.

We quickly had a break to fill up on the drinks and some much needed sustenance, and for Team 7 the pain killers before we kicked back in for our last game of the night of Bridge Build. The scores were so close at the top and anyone could take the top spot if they got little Tom across but with the look of some of the bridges, lets just say that we didn't get our hopes up. In the end only two of the teams managed to produce something remotely bridge-like and got little Tom across! Unlucky teams! A big thanks to Michael and the team for organizing such a great Games Night. It was a pleasure to work with you all and we hope to see you again very soon. 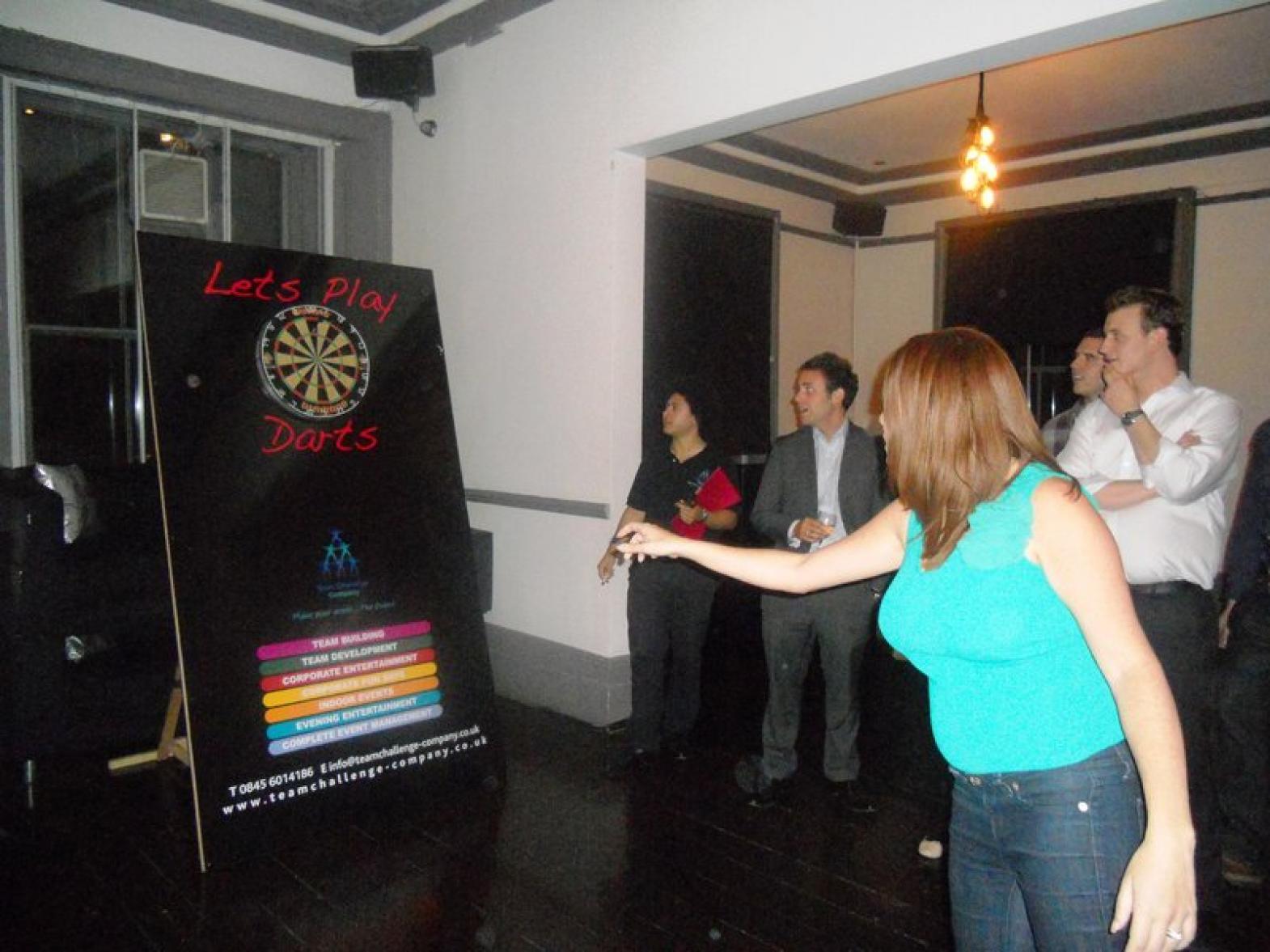