It was an overcast afternoon and as we were setting up, a cool summer breeze crept in. It was an hour to Shell UK's BBQ Fun Day event. We made a final call to Martine to let her know all was looking lovely for an outside sensation. Ian arrived 45 minutes early and no one was more impressed than himself as we conducted a brief show around with Martine and after hanging our risk assessments it was time to kick the event off. The crowd gathered outside on the patio for welcome drinks and made their way down to the front lawn and after our welcome, both children and adults took to the activities. Plenty of barfly action was taking place and we overheard a dad whisper 'Do you think they will let me have a go on that there sticky wall?' (We believe his name was Danny hehe!) After 45 minutes of entertainment the crowds were enticed away for a scrumptious BBQ and filled their hungry bellies. At 6.15pm we launched into competition mode and had the children's treasure hunt where we gave out magic bubbles as prizes. Shortly after it was the Archery competition- boy what an ordeal! We had Carlos complaining about everything and when he got knocked out at the first round the banter accelerated. Our final 3 were Paul, Martin and JH. After the first battle we lost JH and then the big Norwegian Tank stepped up and took the trophy to a great WHOOP and CHEER from the knocked out Carlos and the rest of the spectators. It was off to the bucking bronco contest next and once again almost everyone had a go, some were brilliant, some were good and a smallIt was off to the bucking bronco contest next and once again almost everyone had a go, some were brilliant, some were good and a small few (Ian) were just OK hehe.  The winner of the Bronco was Rosie with a time of 28 seconds and thankfully she stopped taking her clothes off after a shout from Danny. All that was left to make the evening a real winner was the sports races and Martine's evening was fulfilled when she won the ball & spoon race to take home the sweetie prize. A massive thank you to all that turned out to support the BBQ Fun Day event and a big thank you to Ian and Martine for organising all aspects of the event. All of the Team Challenge Company crew had a fantastic day and we hope to work with you again in the near future. 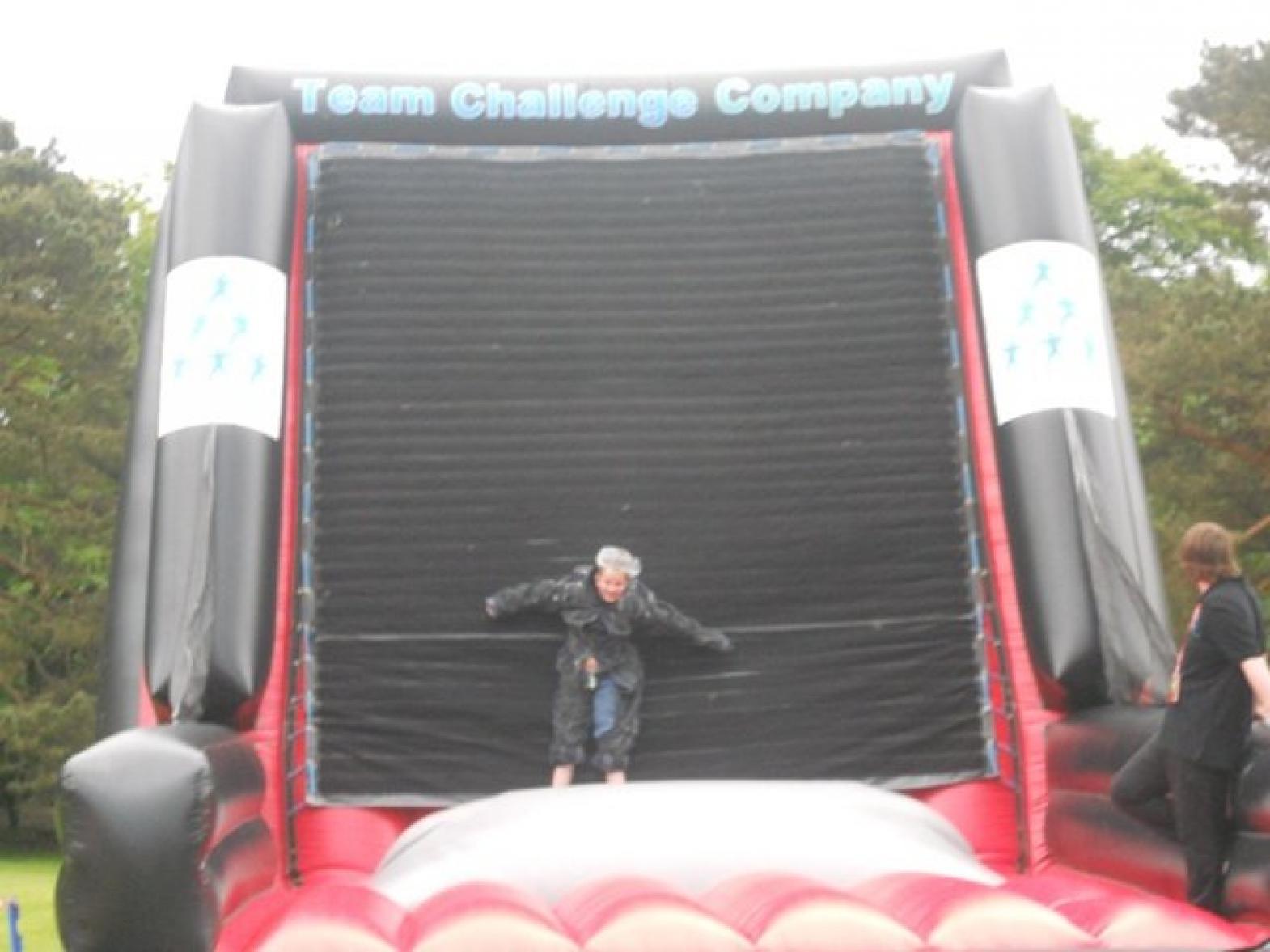 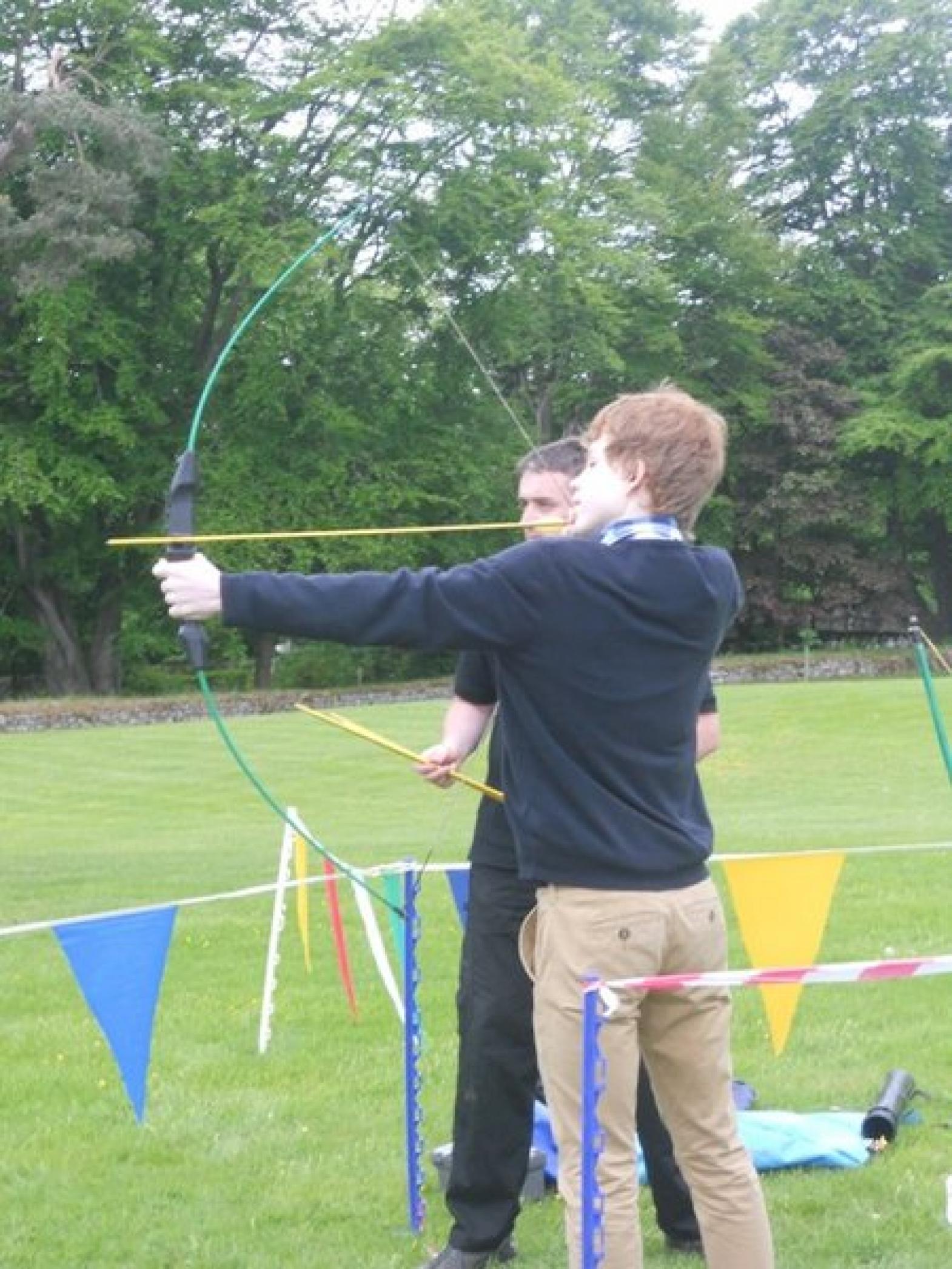 It was an afternoon and early evening that started and finished like no other, the group came eady for a geat time and participated right to the end. The Bucking Bronco contest was like no other and Rosie smashed thedreams of a 10 ear old to take the title. haha. A huge thank you to Martine for organise the event and it was a credit to her. We have a secret picture of Ian on the Bull which is posted on our Facebook page so check it out! and also a massive high 5 to Carlos for keeping me entertained with hislively banter all evening Gerry

An excellent and fun event organised by Team Challenge. Many thanks to everyone involved (in particular Gerry), in making this event run very smoothly and safe! Martine :o)