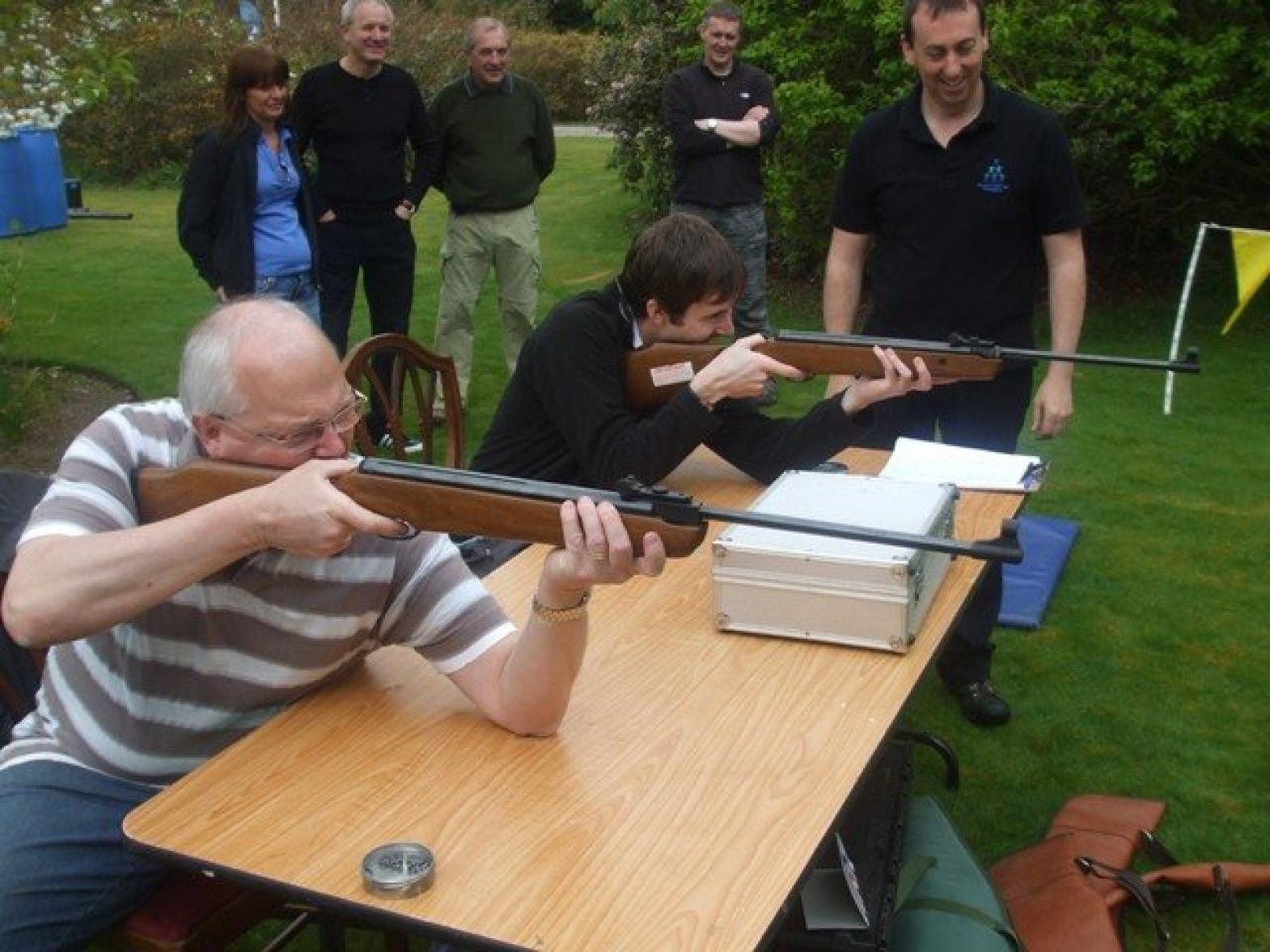 The Morning session's activities included Archery and Air Rifles, where the featured tasks saw the teams compete in Rollerball and Catapult. There were a few hotshots throughout the morning, with Martin's Marauders proving their worth in the Air Rifles while Wonder Women went for Gold in the Archery...though rarely found it!Gin Will Fix It laid down an enormous score on the Catapult, out firing the other competitors by a good couple of miles (or so it seemed). The Team that Rocked excelled in all the activities, and showed particular strength in the Rollerball, notching up a top time of 36.9 seconds - hugely impressive. 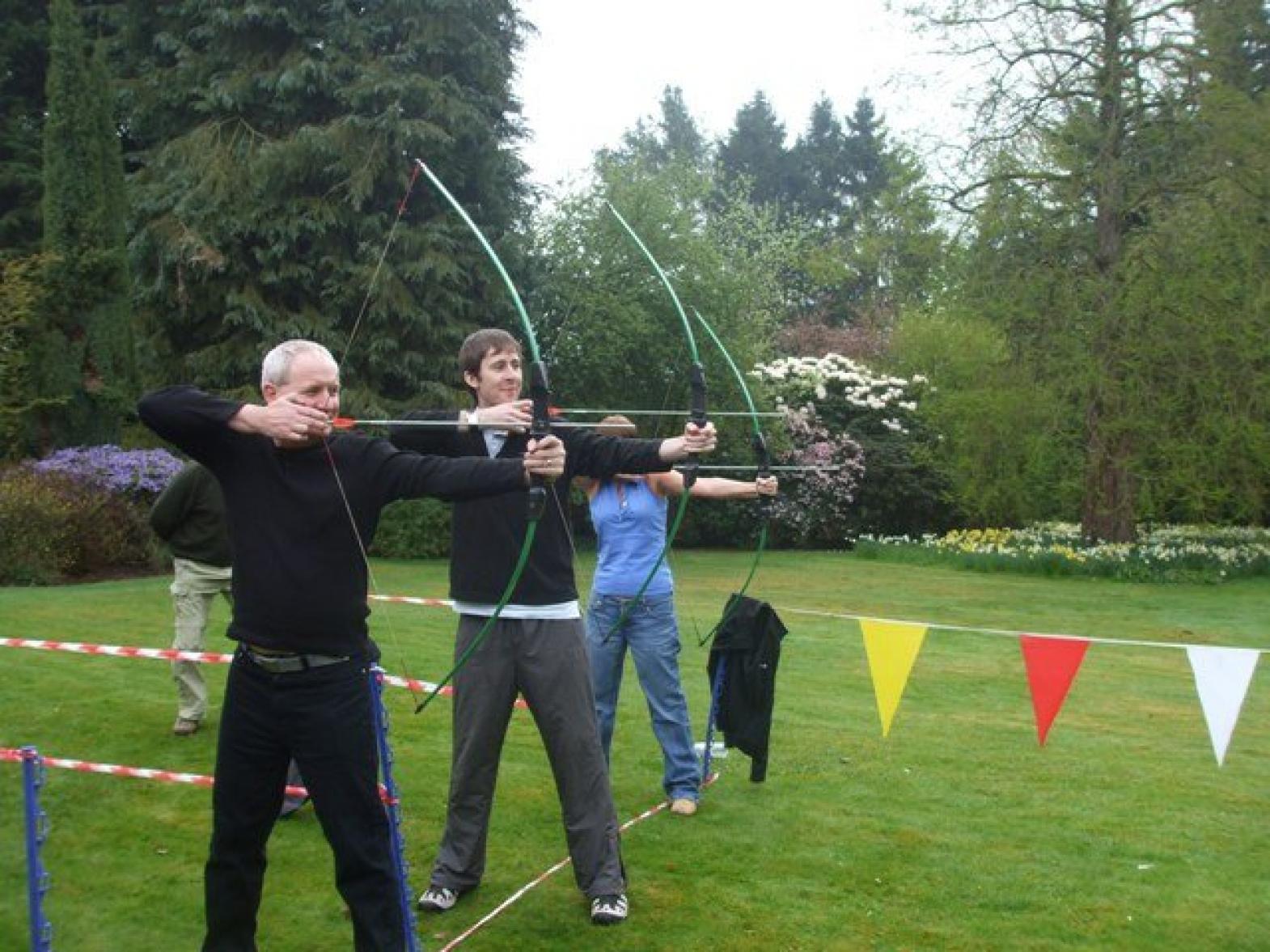 The weather was scorching as the 4 teams battled through each race and each football match. Players begged to be sponged down on the Human Table Football Pitch, though nobody was jumping at the chance to accept the offer. The Finale Assault Course Race proved wet and wild, as teams clambered towards the summit and slid their way to the finish line.Once again, it was a tight run competition, but Pants-Man had proved unstoppable throughout the day, finishing top of the pile with 6100 points. They were followed by the Torquise Tarts and You've Been Tangoed in 2nd and 3rd respectively, with Cupis Stunts bringing up the rear.Overall, it was a fantastic day, enjoyed by all those involved. The laughs were long lasting, and the memories even more so. The group form Highland Lodges were fabulous fun to work with, and we look forward to seeing everyone again in the near future.