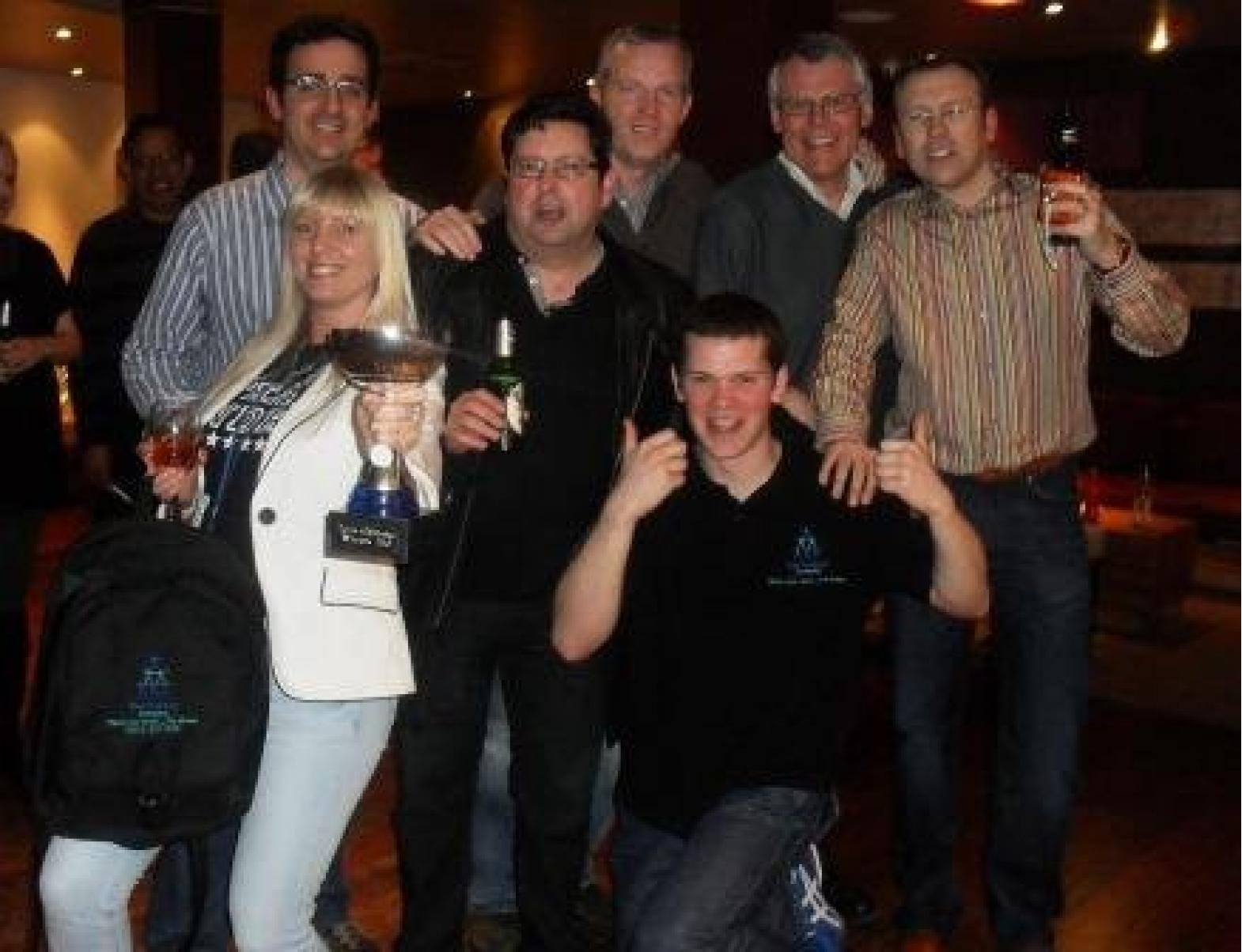 After a warm welcome and safety speech the group were divided into 5 teams, all of them ready to battle it out across a wide and far-ranging array of games and activities in a bid to crown themselves Crystal Challenge Champions and take home the much coveted Team Trophy. Though the teams got off to a bit of a slow start especially when some individuals struggled to remember which team they were even in - but Dave soon whipped them into shape for the battle ahead, the event was soon well underway, and the competition quickly began to hot up - especially with Ian racing off early doors to play on the Bouncy Castle!The 5 teams were challenged with completing a number of team and individual Team Building activities within a tight time frame to collect as many crystals as possible. The teams with the most amount of crystals come the end of the day would head into the Crystal Challenge Dome and aim to win it all by collecting those elusive Golden Tickets. The games included the physically demanding Tube Test, the mentally stimulating Chicken, Fox and Grain Puzzle, the mind-boggling maze of the Labyrinth and the ever-difficult some say " Can I just  Break It " Puzzle Corner. 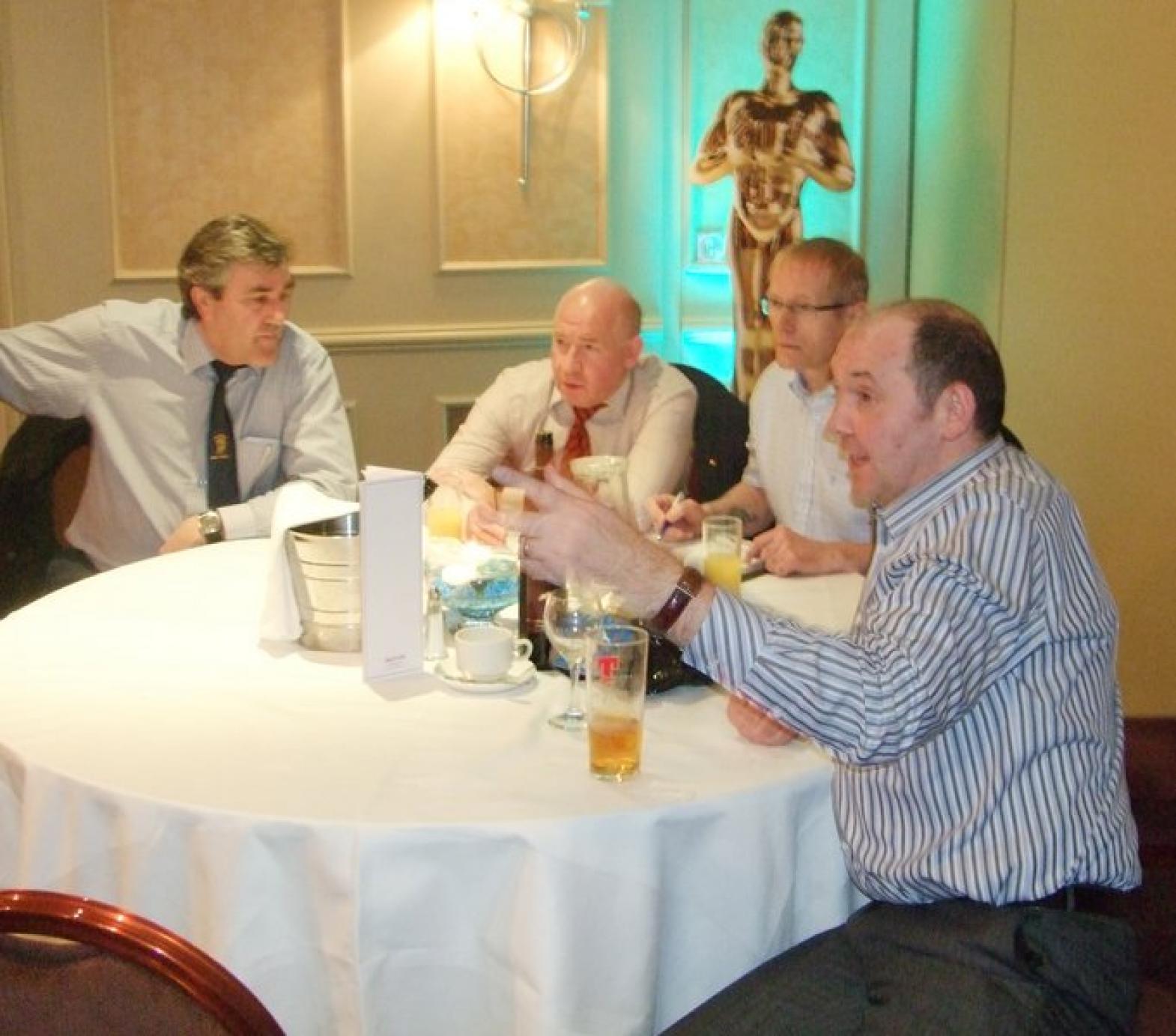 The whole day had been a great success, and it seemed that everybody had really enjoyed a fabulous day of fun and laughter. A big thank you must go to Catriona, whose hard work and dedication to the organisation of the event both before and on the day ensured that it delighted everyone in attendance. The group from Kongsberg were great fun to work with, and the TCC team certainly look forward to seeing you all again in the future.

It was a definite slow start with Ian and Dave shaking off the cobwebs, but the Towers soon had then work up a sweat. Wonderful group to entertain and the team spirit V rivalry was on an edge. The man/woman of the match for me was Mr Ed, an all round performance and whilst on my task took the towers by the scruff of the neck. Well done to all and Catriona some how managed to snaffle the trophy, just goes to show you hard work and determination can get you the winners podium!! see you all again very soon I hope. Gerry

Catriona Catriona Catriona - it all came down to your shooting prowess ! Great day with Konsberg at Ardoe House Hotel - what a competitive bunch you are ! Hope to see you all again soon - might even bring the chicken suit ! Stephen

Feel I should point out that I had no idea what was going on during the Towers of Hanoi challenge - full credit has to go to everyone else on the team (Ed, Kim, Paul, Angela & Chris)!! Thanks to everyone at Team Challenge for your organisation before the event and enthusiasm on the day, it played a big part in making sure our day was so successful. The Team Challenge Winners trophy has taken pride of place in our office, accompanied by a lot of stick directed towards the team that had most time in the Crystal Challenge Dome but somehow managed to lose the final challenge... You really hit a winner with the dressing up - everyone was enjoying that FAR too much (myself included!) - I'm convinced someone nabbed that chicken suit on the way out..... Thank you again for all your efforts (especially organising the sunshine!) - think you've proved to us that team building doesn't have to mean boring and tedious! Catriona

Catriona organises the event........Catriona is in the winning team...Stewards Enquiry required me thinks