Team Development with Everything Everywhere

It was a great day of Team Development at the  excellent Barceló  Stirling Highland Hotel with Everything Everywhere. The tension was high as the teams had no idea what we had in store for them. We split them into 4 teams and and together they named themselves the William Wallace Warriors, Derek and the  Dominoes, No I in team and the Fun Time Freaks and then individual Personal Learning Challenges and Business Objectives for the day were set. One being from Heather from the WWW "Win at all costs "!

We then moved out to take on the next couple of Team Building challenges consisting of Interlocker and Scrambled Egg where joker cards were played for bonus points using their core key business values. The teams were trying their hardest at Interlocker but only 1 team succeeded and that was the ever impressive WWW with Heather at the helm...what a quality effort! . Then the teams all pitted themselves against each other for the Scrambled Egg Challenge with 2 teams getting full marks but their was more scandal before we even started this challenge one team member from the Fun time Freaks who we will not name just in case he tries to sue us , dropped his egg before he had a chance to drop his contraption tut tut as they say at the Eurovision contest Nil Pwah !!  Then we were on to the finale the infamous development Challenge " Archway Contract",  with this challenge  you had to work hard at Time Management, Planning and Communication and all teams were focused on success. The teams collated and quickly got their plans in motion before the construction kick off in 20 minutes, their was blood, sweat and tears until the teams were ready to take this task on. They worked like warriors and fought to the end and their could only be one clear winner and that was......... William Wallace Warriors !!!!!

It was a fantastic team event had by all and our thanks go out to Derek for organising  such a great event with a mixture of fun Team Building, competition  and learning  for his team. 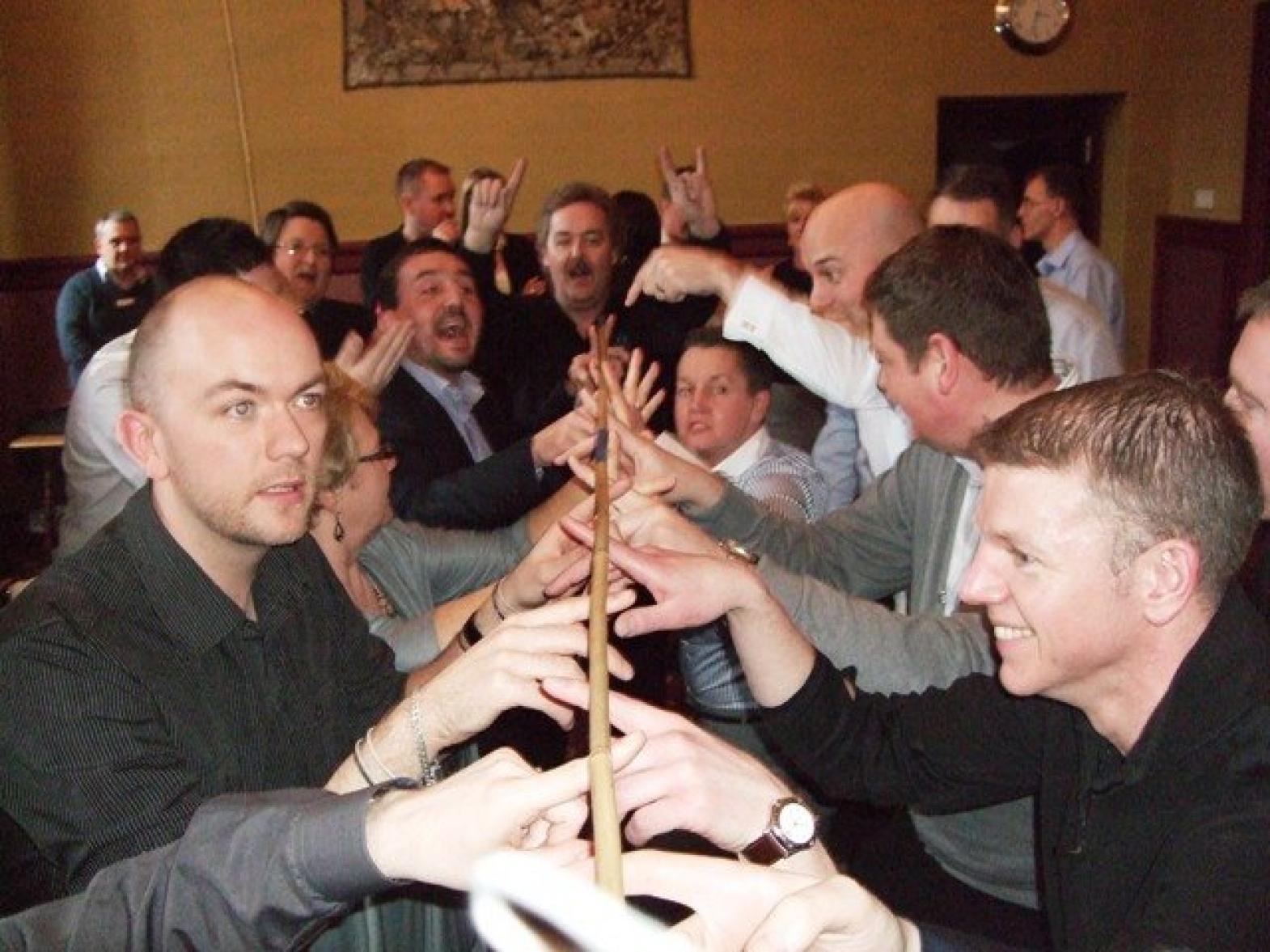 Great day at the excellent Barcelo Highland Hotel in Stirling with Everything Everywhere - really enjoyed the competitive spiit of some of the teams and how it pushed thru to eventual sucess, and never more so on the Archway challenge where more technology is not always better ! A big thanks to Derek for all his hard work leading up to and on the day itself - just get more practice in on your paper building skills for the next time ! Stephen