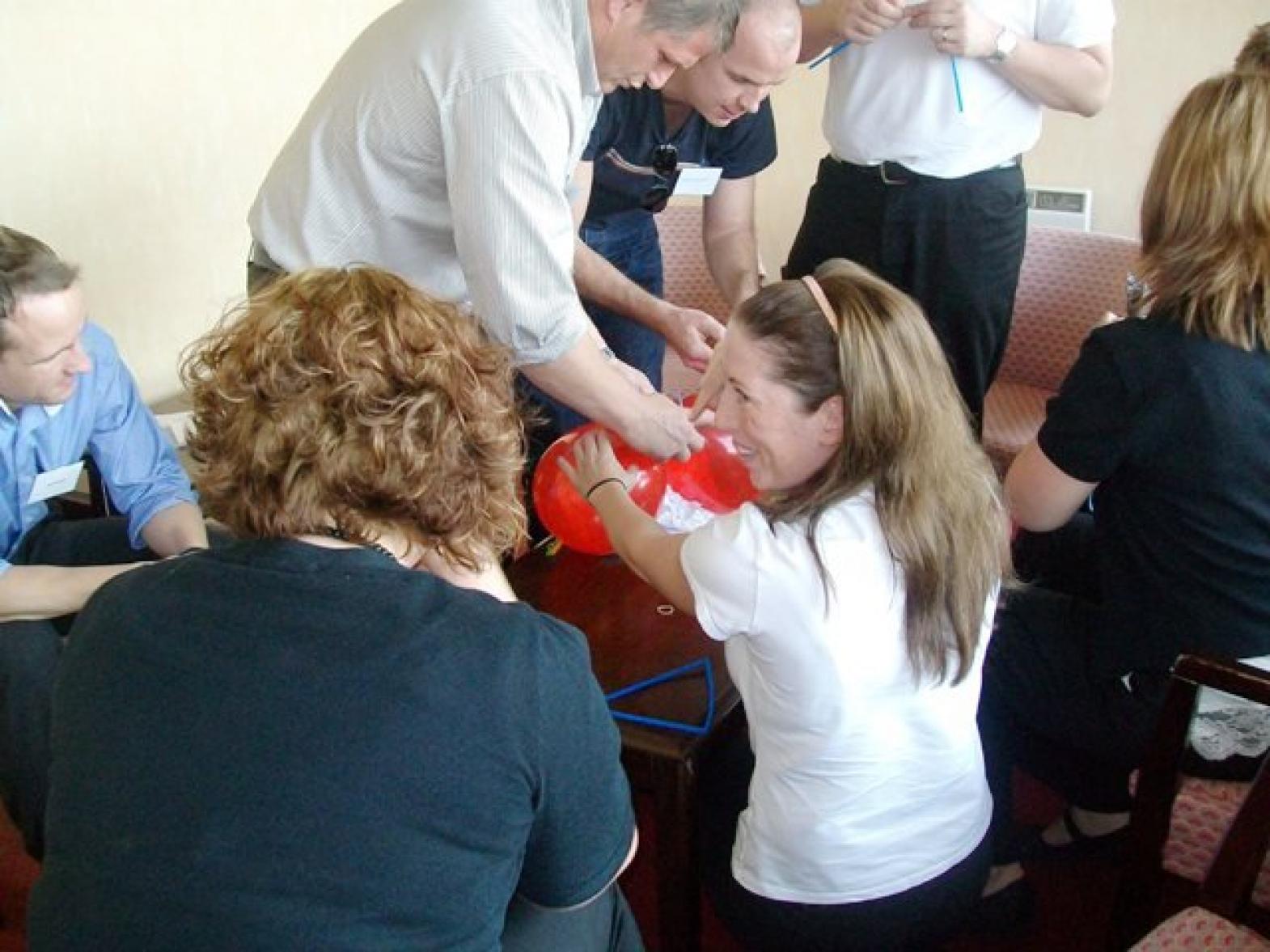 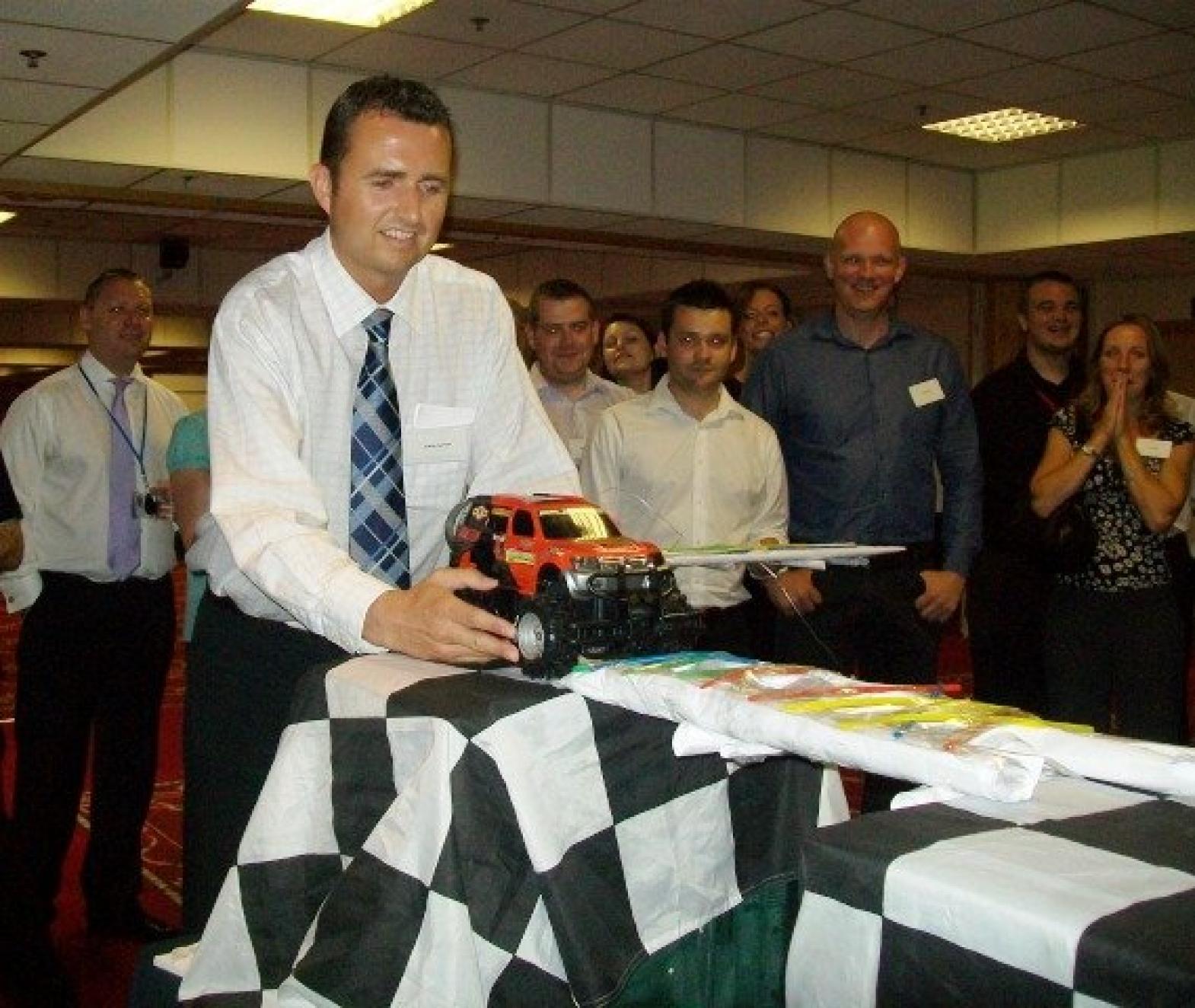 The development side of the event continued into the afternoon, this time with a whole new group of guests trying their hand at the team building oriented activities. This group was slightly smaller than the last and so only 3 teams would compete for the www.teamchallenge-company.co.uk trophy this time around.  Once again the Scrambled Egg proved a leap too far for many, with only Team 2 picking up any points what-so-ever.Team 3 came out on top in Nasa Challenge, but once again it all came down to that big finale on the Bridge Build to see which team would be crowned Team Building Kings. The atmosphere was tense and the teams were nervous, but adrenaline kicked in as both Team 1 and Team 2 rocketed their car to success. Unfortunately for Team 3 it was a different story, better luck next time....perhaps! Once again Chief Executive Howard Woodcock joined the teams for the trophy presentations, and once again the sounds of 'Who Let the Dogs Out' blasted around the room as Team 3 stepped forward to collect the Wooden Spoon. The afternoon had all come down to consistency, and there was none more consistent that the incredible Team 2, who lifted their Trophy aloft to the sounds of rapturous applause - what a team!

The event with Bibby Offshore had proved to be a complete success, with all in attendance thoroughly enjoying the Team Building challenge on show throughout the day. A big thank-you must go to Lara and Ewan for organising such a fantastic day. Your effort and enthusiasm really shone through during the even , and we at Team Challenge Company certainly look forward to working with you again in the near future.

Pittodrie Football Stadium played host to Bibby Offshore, who enjoyed a fantastic morning and afternoon of Team Building activities in the shape of our unique Team Development events. It was excellent to work with such a highly committed team from Bibby Offshore and as the events went on the top performers really stepped up and delivered top quality team performances, with the emphasis on safety , team working and competition. All the teams showed great focus and ingenuity as the challenges became ever more difficult to tackle- especially that impossible EGG one !. Euan thoroughly enjoyed the team tasks elements of the exercises and brought his leadership experience into play particularly in these... and his team were rewarded with a win - fair and square ! The bridge build finale was highly creative and better than anything on Britains Got Talent ! and as the Mission Impossible music pumped out it was a true highlight of the morning and afternoon sessions and victory went to the well deserving team 5 in the morning and team 2 in the afternoon - as the two most consistent teams throughout the day. Thanks to Howard for presenting the trophies - you can step up and compete next year ! Great event with Bibby Offshore a real pleasure to work with Lara and her team in organising and delivering the event. See you all next year, and yes it will be tougher ! Stephen