Team Challenge Company were delighted to be at the Edinburgh Corn Exchange to provide 20 delegates from Design LED with a fun and challenging afternoon of Team Building in the form of our Create, Design, Deliver event. The group arrived eagerly, ready to start the day, but before starting any challenges the group was split into 3 teams. The afternoon began with a quick explanation of the direction the day would be taking, how they would be scored and a chat about the importance of trust in the workplace before everyone was introduced to the Team Challenge Company Winner's Trophy. 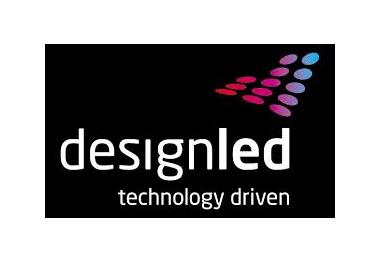 Kicking of the days session was the Blind Man's Buff activity where the teams were tasked with arranging themselves in a line in order of number, which sounded easy enough until we introduced the rules... each team member must be blindfolded, once the blindfolds were down no one could speak and the numbers given ranged from 1 - 1000.

During practice, the teams quickly came up with a way of communicating their numbers to each other, mainly with a series of pats or squeezes and soon it was time to have their one attempt for points. After some shuffling around and plenty giggling it was time for the teams to reveal their numbers and see if they managed to correctly place each team member in the line - with one mistake was both teams One Direction and Two Good and with everyone in the right place was team Third Leg.

Moving onto the rotations, the teams were being scored throughout the days activities on various thing, including planning, time management, safety and the overall completion of the activity. Each section would be scored out of ten and then added to give the teams overall score. The activities for the afternoon were all designed to stress the importance of trust so the teams had to rely heavily on each other to complete the activity in a safe way and of course get themselves some points towards the Trophy! The Spiders Web activity saw the teams attempting to get each team member through the spider web without using the same hole twice and without ever touching the web itself - this meant that some team members needed to be lifted and carried, which again highlighted the importance of trusting your team.

Not only was trust important in this activity but also planning as most teams spent all their time planning and practicing for one of the webs and didn't get round to planning for the second web which made it all the more difficult when they got to that stage, touched the web and had to start the whole thing again. Team Third Leg took the most attempts at this activity and managed to complete it just before their time ended - the planning stage most definitely could have been longer for this team!

Another of the activities the teams took part in was Blind Intent which challenged the teams to build a tent whilst blindfolded, however, they chose two people to instruct them... the only challenge was that one of them was blindfolded and the other had noise cancelling headphones on! Not all of the teams managed to complete this activity, however, there was great communication from all of the teams and a great show of leadership from those who were nominated to instruct.

The last rotational activity the teams participated in was Drum Bridge, where the teams were tasked with transporting their equipment from one side to the other without overstepping certain boundaries created to enhance their challenge. The teams seemed to excel at this challenge, doing some problem solving and managing to get their team and equipment to the other side successfully.

Once the rotational challenges were complete, it was time to complete the final two challenges all together - still playing for the trophy though! Travel Ball was a challenge in which the teams were required to transport a number of balls from one bucket to the other - however, each ball was required to pass through the markers on every team members sticks. Some teams got creative with their transportation, however this may have over complicated the task as team One Direction were the first team to finish the challenge and had chosen a method that was the most simple and effective of the day. Time for the finale!

Casket Rescue was our finale challenge, giving the teams a last chance to work together to earn some points towards winning the trophy! The teams were given a box containing ropes, tape, scissors, fishing wire, string, a tent peg and were given ten sticks to get creative and come up with a method to move the "flammable liquid" from the centre of an arena to the bucket outside of it - the teams couldn't enter into the arena, however, and had to stand behind the barriers. The teams definitely did get creative with team Third Leg attaching their structure to one of their team members... however we're unsuccessful in their attempts to rescue the casket. Team Two Good created a large structure with the sticks and ropes that also struggled to pick up the casket and the were also unsuccessful. The last team to attempt the challenge was team One Direction who managed to get the bottle to the bucket, only spilling some and were semi successful at least!

Well done to everyone for their effort throughout the day and a huge thank you to Alison for organising the day. Our team had a fantastic time working with you all and we hope you enjoyed your day just as much. We look forward to seeing you all again in the future!

Such a great event with lovely people that definitely have a competitive streak in them! We look forward to working alongside you again soon! Heidi