The team from Access were quite possibly the most lively and excitable bunch of people I have yet to see! The sun was shining at the fantastic Westerwood Hotel in Cumbernauld and it was sure to be a great day for their Team Building Glasgow Create Design Deliver event! The first piece of business which needed to be done was to come up with a couple of fantastic team names and fantastic they were! The team formerly known as team one were now called the "Filthy Manky Pub Team" and team two changed their name to "Access All Areas." Very creative you two teams! Team three reinvented themselves as "Morag's Monsters" and finally we had "Ginger & Nuts" rounding up the group! The first challenge our teams were presented with was the infamous helium stick. We were off to a good start and three of our teams managed to complete it! Our teams were then given the chance to double their points, but only two teams took the challenge on, and only one team walked away with the points! Well done to the filthy manky pub team! 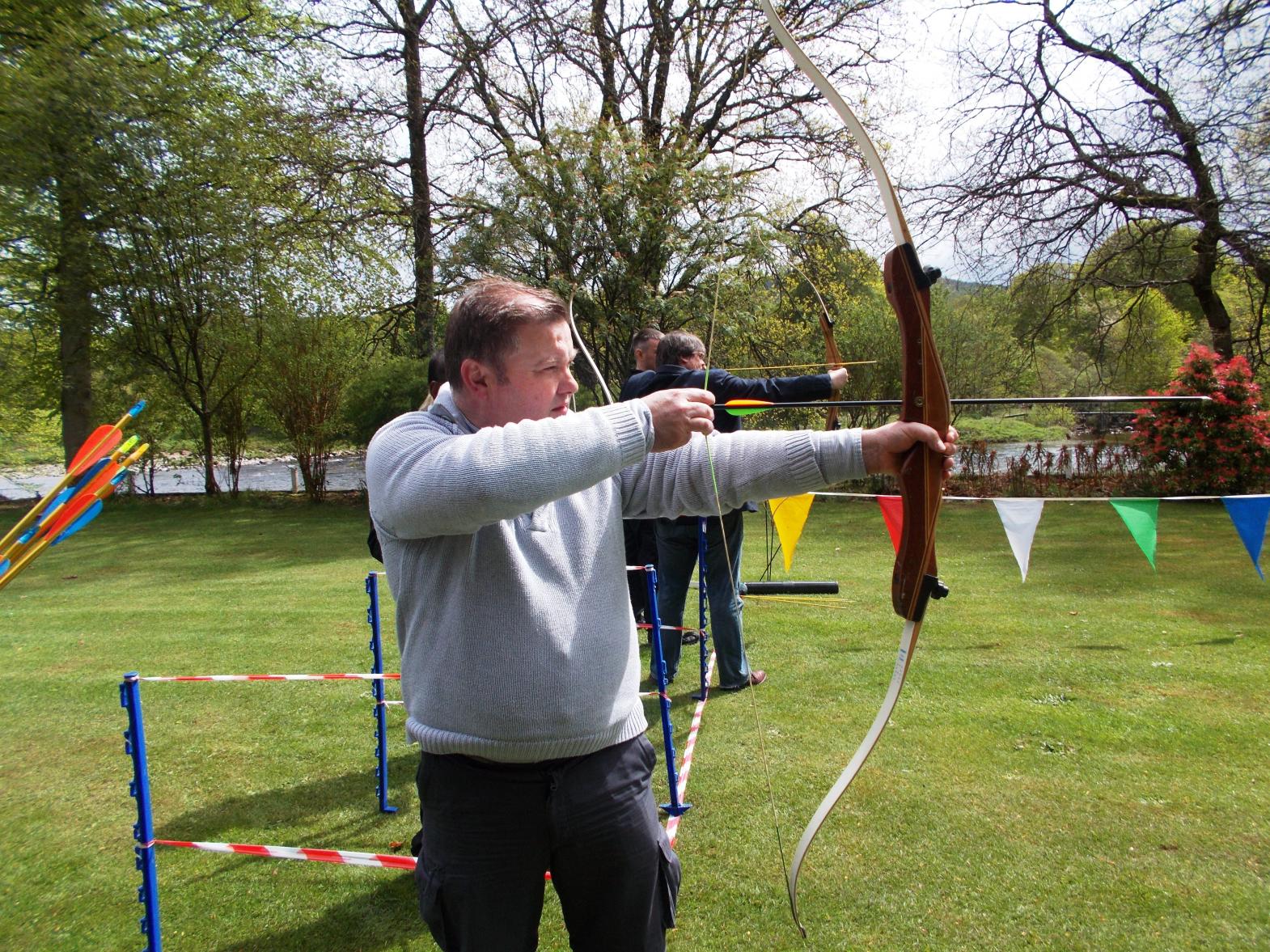 The teams then had a number of rotations such as Rollerball and Stepping Stones where they could try their hardest to win some more points. On the roller ball it looked great at the start for teams manky pub and access all areas but the end wasn't as impressive as it could have been for the pub team who could only manage to get 3 seconds compared to a fantastic 42 seconds from Access All Areas! When these two teams tried their luck at the stepping stones we found ourselves at a standstill between them, ending with them having to ask each other for help! Teams Ginger & Nuts and Morag's Monsters were neck and neck for most of Rollerball, and it showed with the times! Ginger and Nuts took the lead with 17 seconds while the monsters came close with 15 seconds! On Stepping Stones these teams thrived and managed to complete the course!

WOW, what an amazing venue and fantastic audience!! Really enjoyed our visit and hope to be back in the near future for more events! Thank you to all the Team at Achnagairn for making us feel so welcome, Kirsty

Mike Mike Mike - where did it all go wrong !!!! Beautiful venue and awesome hospitality to host such a great client evening Many thanks to our hosts Mike and Gillian and the excellent team at Achnagairn - we shall return ! Stephen