PLAYER OF THE YEAR SPONSORED BY TEAM CHALLENGE COMPANY

Team Challenge Company is proud to sponsor Andy Forbes of Haddington Football Club, and are delighted that he has been awarded Player of the Year. At the time of writing, Haddington are sitting 2nd in the East Premier division in their first season in the division. Having played all of their games, it is now a case of waiting for other teams to finish their games to see where the team will end up on the leaderboard. They have an outside chance of making the play off place and ended the season on a high by beating fellow promotion rivals Lochee United 3-2 at Millfield in Haddington.

PLAYER OF THE YEAR ANDY FORBES

After a fantastic year as part of the team Andy has gone on to be awarded both the Player's Player of the Year and the Player of the Year awards at the club's Sportsman dinner on 30th April 2016. This season Andy has played 32 times scoring 6 goals along the way. Team Challenge Company is delighted to support Andy and is very proud of his most recent achievement as part of the Haddington team. 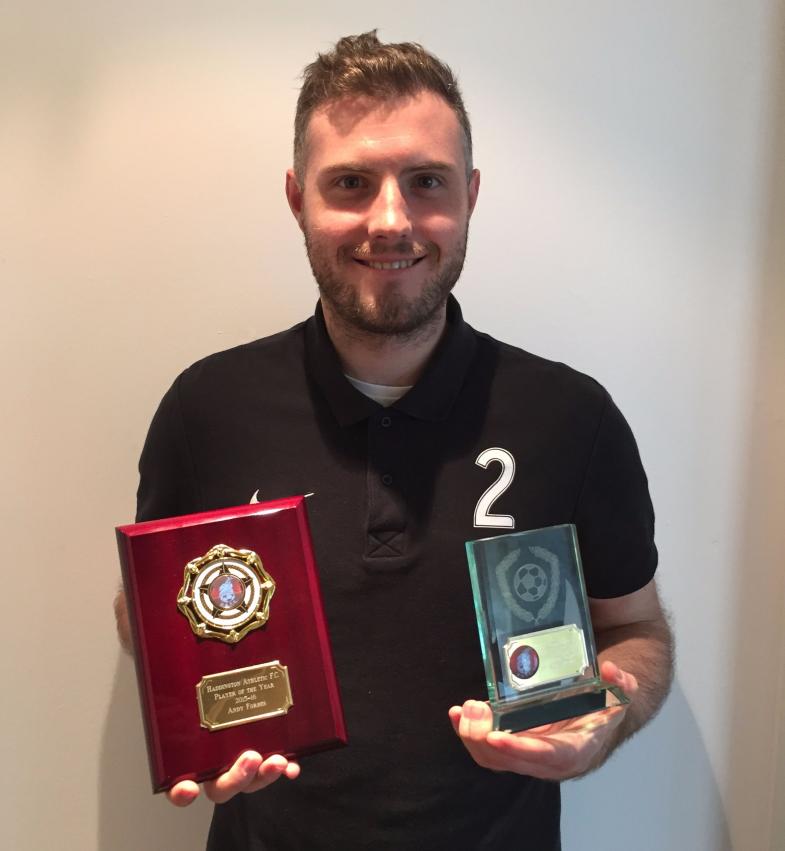